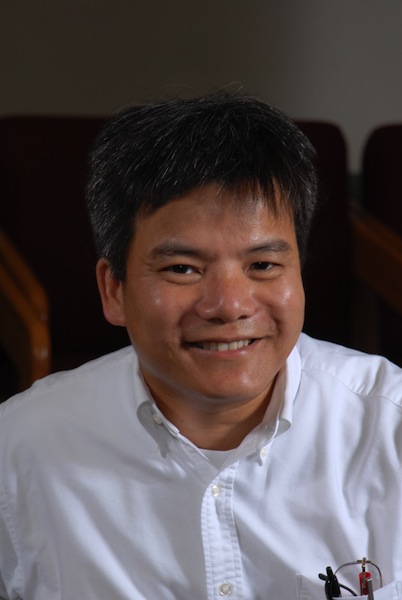 Professor Wang currently teaches or has taught the following courses:

Clark School researchers among the "who's who" of influential researchers, according to Clarivate.

Bioengineering alum named a finalist for one of the most prestigious academic awards available to college students.

Wang will be recognized at a ceremony during the fall meeting.

From extreme batteries to windows made from wood, Clark School’s trendsetting work ranks it among the country’s Top 10 public engineering schools for the 3rd consecutive year.

Simulations performed by Siddhartha Das and his research team suggest a way to improve the “water-in-salt” approach.

Preston was a guide and friend to the Institute for Systems Research throughout its history.

The competition recognizes distinguished graduate student researchers in order to help propel their careers and demonstrate the value of high-quality engineering research.

Diverse energy projects selected from across the University System

Hu and Wang identified by Web of Science

Students recognized for research in immunoengineering, regenerative medicine, and more.

Eric Wang receives prestigious scholarship to study at the University of Cambridge.

Each awarded $25K to sponsor research.

Method utilized to develop physics model for how NPs behave in electric fields under various conditions.

The center develops highly ordered nanostructures that offer a unique way of looking at the science of energy storage.

The Center for Environmental Energy Engineering to collaborate with the Oak Ridge National Laboratory.

From Here to Infinity examines art inspired and created by science and technology.

"Exceptional sophomores and juniors" chosen from nationwide field of applicants for $6K-$10K internships.

Praise for team entered into the Congressional Record.

Alumnus Is a Key Designer for Sikorsky X2TD

MEGA formed to create a dialog between graduate students and department/Clark School officials.

Student Named Chair of a VT Advisory Board

Grad student invited to conference and to submit solicited research to journal.