Originally slated for March 6, the event’s postponement due to a late-season winter storm hardly slowed student turnout. Following the success of last year’s event, held on UMD’s campus in College Park, Md., the two universities’ student chapters of BMES coordinated this year’s event under the leadership of chapter presidents Anvesh Annadanam (JHU) and Winston Liu (UMD). In addition to students from UMD and JHU, a contingent of University of Delaware students took part in the event, and several entered abstracts and posters into the competition.

“I look forward to the UMD-JHU Undergraduate Research Day every year because it gives students the opportunity to not only share their research with a panel of distinguished judges, but to also learn about the research that some of their peers are undertaking both at UMD and nearby schools,” Liu said.

Thirty-three posters were exhibited and seven authors among those were selected to deliver oral presentations. A panel of judges recognized the top oral presentations, while attendees had the opportunity to vote for their favorite poster.

This year’s winners were:

This year’s honorable mentions were:

This year’s event was made possible by sponsorship from the JHU Engineering World health. 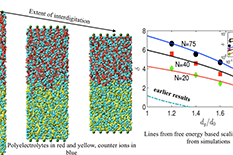 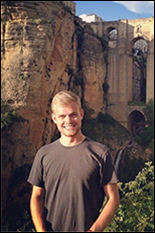