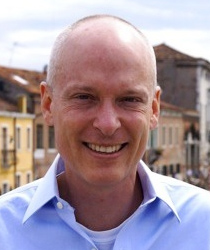 Bruce Jacob is Professor of Electrical and Computer Engineering at the University of Maryland, College Park. He received his Ars Baccalaureate, cum laude, in Mathematics from Harvard University in 1988, and his M.S. and Ph.D. in Computer Science and Engineering from the University of Michigan in 1995 and 1997, respectively. In addition to his academic credentials, he has extensive experience in industry: he designed real-time embedded applications and real-time embedded architectures in the area of telecommunications for two successful startup companies: Boston Technology (now part of Comverse Technology) and Priority Call Management (now part of Schlumberger). At Priority Call Management he was employee number 2, the system architect, and the chief engineer. He built the first working prototype of the company's product, and he built and installed the first actual product as well. In academic research, Jacob was responsible for the cache and memory-management design of the DARPA-funded PUMA processor, which demonstrated the viability of software-managed caches for use in general-purpose systems. His work in advanced DRAM architectures is   the first comparative evaluation of today's memory technologies, and he recently received the prestigious CAREER Award from the National Science Foundation for this research. He has authored papers on a wide range of topics, including computer architecture and memory systems, low-power embedded systems, electromagnetic interference and circuit integrity, distributed computing, astrophysics, and algorithmic composition.

Dr. Jacob's research interests are in the areas of memory systems, embedded systems, circuit integrity, and memory management. The objective of his research is to build hardware/software systems that improve the performance, cost, reliability, real-time behavior (e.g. predictability), and/or power consumption of computer systems relative to existing designs. The techniques he uses include system modeling and simulation, in which one builds a computer program that emulates the behavior of the system under observation, and physical   prototyping as well (his group has become quite adept at building experimental chips). The memory systems projects include the analysis of DRAM architectures for improved memory-system performance, which is one of   the first in-depth comparisons of different DRAM technologies. This research looks at both the DRAM architecture level (i.e. DRAM   interfaces and protocols) and the DRAM system level (i.e. bus   organizations and scheduling of transactions) and aims to reduce the gap between processor and memory performance.   He is writing a 900-page textbook on memory-systems design for Morgan-Kaufmann, due to be   out Spring 2006. The embedded systems projects include the development of real-time mechanisms at the microarchitecture level and the re-design of a real- time operating system to take advantage of the novel mechanisms. In this work, real-time operating systems are run on top of simulated   hardware to find low-power and high-resolution mechanisms in both hardware and software. This work also encompasses dynamic mechanisms for managing memory with real time guarantees and novel interrupt mechanisms that better suit the behavior of out-of-order processors. This work in architectures for real-time processing should speed up real-time systems significantly and allow systems with even moderate processing power to make tight deadline requirements. The circuit-integrity projects include studying the effects of electromagnetic interference (EMI) on digital systems, developing EMI-mitigation technologies, studying thermal effects on digital systems, and looking at system-on-chip issues. These studies include the design and fabrication of real chips and PCBs to observe and measure phenomena and experimentally test models and proposed theories of behavior.

Six professors have been named to the Clark School's new Keystone program.