From meltdowns at Walmart over mask mandates to refusals to stay six feet from others at pool parties and political events, the COVID-19 pandemic has underlined something we already knew: People can get prickly when other people call them out for breaking rules.

But what about a gentle hint from a robot?

With help from a National Science Foundation EAGER grant and other funding sources, a team of University of Maryland computing researchers is exploring how autonomous robots whisking smoothly through crowds of pedestrians could encourage social distancing, while at the same time remotely monitor individuals for signs of illness.

Such a system could offer all the advantages robots bring, like tirelessness, consistency, and immunity, to the icy glares (and occasional enraged bellows) of the offended—plus, they can’t get infected and pass the virus along like a human minder might. But in addition to the major technical challenges of creating an autonomous, “social” robot that’s technically advanced enough to mingle with groups, there’s even more complex terrain to maneuver—human reactions to that interaction.

“How will people react to the robot?” said the project’s leader, Dinesh Manocha, a professor with joint appointments in computer science and electrical and computer engineering who’s leading the project. “We don’t want people to feel like their privacy has been intruded upon, but more like a friendly companion has come to help them.”

Even if its basic mission is to make us safer, plenty of things could lead people to view the robots as less than friendly, said Manocha, a leading researcher in the field of robotics. For instance, the device could mistakenly decide to try to break up a group of people failing to keep proper physical distance, when in fact, it failed to grasp the group is a family that lives together.

Or it could approach people too fast or move in ways that are startling or distracting. Prior to the pandemic, Manocha’s group had already been working on the so-called “Collision-Free and Freezing Robot Problems,” wherein a robot interacting with a crowd can’t figure out a safe way toward its goal that doesn’t risk a collision, and simply freezes. But the algorithm developed by Manocha’s students, “Frozone,” gives even robots with a modest suite of vision and navigation sensors the ability to stay light on its feet (or wheels) and not awkwardly halt in a crowd.

But if the robot’s control systems are designed right, it will avoid the extremes of too aggressive and too timid, the researchers said.

This could open doors to one way of encouraging distancing—having a robot simply circulate smoothly through groups of people and unobtrusively “herd” individuals away from each other if the robot does not identify them as being in a familiar group.

A second approach the team will study is robots that communicate, said Aniket Bera, a University of Maryland Center for Advanced Computer Studies (UMIACS) and computer science assistant research professor who’s co-leading the project . “It’s an informational approach, and it might say, ‘Hey guys, you’re a little close—could you make more space between yourselves?’”

Questions about verbal communication  also pop up in another function the team is developing: Monitoring people’s temperature and movements for signs they might be suffering from COVID-19. It raises the question of what to do with such information, Bera said. Simply blurting out a hypothetical diagnosis in public raises privacy issues, and would not win such robots any friends.

“People could feel about the robot like you do when a police car is pulling in behind you—they would simply want to get away from it,” defeating the purpose, Manocha said.

Because of challenges still to overcome, widespread use of robots as friendly social-distancing cops on sidewalks and in hallways are still a ways off, he said. Nevertheless, the pandemic is a strong motivator to accelerate robotics breakthroughs that could help society, and recent advances in artificial intelligence technologies including computer vision, machine learning and robot planning are bringing robotic solutions closer to reality.

“COVID-19 is a great challenge for mankind,” Manocha said, “and it’s a chance for robotics to make a real impact for the good.” 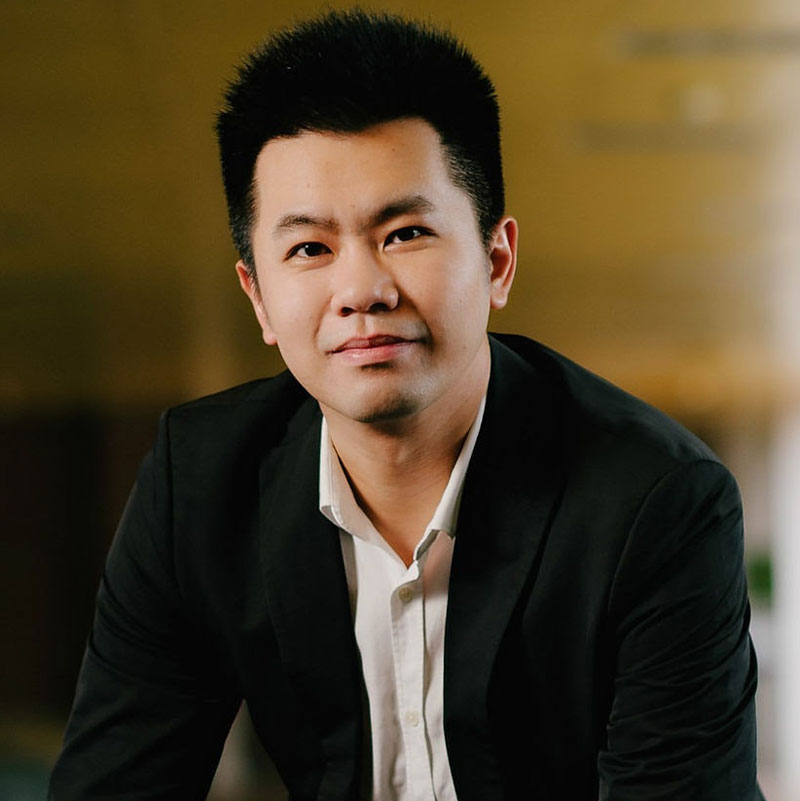