A focus on healthy development and aging unite the projects awarded seed grant funding for 2023 by the University of Maryland’s Brain and Behavior Institute (BBI).

Particularly exciting are the state-of-the-art approaches employed by this year’s awarded projects. The BBI Small Animal Magnetic Resonance Imaging facility, which opened in October 2022, is central to two of the projects—one that aims at more effective treatments for auditory dysfunction in autism spectrum disorder and a second that investigates how fear and anxiety systems in the brain are reorganized during development from adolescence to adulthood. The BBI Advanced Genomic Technologies Core will play a similarly vital role in two other projects. In one, investigators seek to identify the exact molecular mechanisms by which genetic mutations lead to familial dysautonomia’s devastating sensory deficits, and in another a research team will examine how changes in the composition of cellular proteins might act as a marker for the gradual changes in brain that define the progression of Alzheimer’s disease. Finally, innovative human neuroimaging methods are at the core of yet two more projects: the magnetoencephalography scanner at the Maryland Neuroimaging Center will allow investigators to develop a novel, non-linguistic task to assist clinicians in the diagnosis and treatment of auditory processing deficits in non-native English speakers, while functional near-infrared spectroscopy will be used to study 60 caregiver-toddler pairs as they experience a phenomenon crucial to child development known as “neural synchrony.”

Now in its seventh year, the BBI seed grant program has funded 40 new interdisciplinary neuroscience collaborations, with an over 700 percent return on these investments. The BBI has played a central role in the growth of UMD neuroscience since its formalization as an institute in January 2021 and in total has attracted over $33.5 million in new funding from federal agencies and private foundations since 2016. Recent federal awards include $7.9 million in funding for aging research from the National Institutes of Health and $600,000 from the National Science Foundation to investigate disordered glucose transport in brain endothelial cells.

Find out more about the exciting new collaborations awarded by the 2023 BBI seed grant program in the abstracts below.

The gradual changes in collective neuronal firing that define the progression of Alzheimer’s disease are impactful precisely because of their subtlety. The ability to identify these changes on a molecular level would break significant ground for both the early detection of Alzheimer’s disease and for understanding its development. This project characterizes the changes in the composition of a cell’s proteins as a means of doing so. By combining the Nemes lab’s microanalytical high-resolution mass spectrometers, which can detect the diverse complement of molecules found in individual neurons, with a new cellular model of accelerated Alzheimer’s disease (acAD) developed in the Cao lab, this project aims to generate novel insights into the mechanisms of Alzheimer’s as well as discoveries of new biomarkers for this devastating disease. By establishing acAD as a new cellular model for Alzheimer’s, the project will provide critical initial evidence of its translational potential for systematic drug discovery, validation, and testing.

Autism spectrum disorder (ASD) is a developmental condition characterized by delayed development of social communication and altered sensory processing, including difficulty habituating to sounds and distractibility by background noise. These symptoms result in atypical language development among individuals with ASD. This project combines two-photon microscopy, neuroimaging at the BBI-SAMRI, behavioral training, and advanced statistical modeling of neuronal population activity to identify the neurophysiological mechanisms underlying ASD. With its investigations into how brain anatomy and function affect auditory task performance, this project will pave the way toward more effective treatments for auditory dysfunction in ASD.

Development of an optogenetics-fMRI system to study the mouse brain: Application to the study of large-scale networks involved in fear and anxiety from adolescence to adulthood

Many studies in neuroscience investigate the operation of a specific brain area under the assumption that this area is mostly spatially segregated from and in a static relation to other neuronal networks. Less well-charted is the brain’s large-scale dynamic network organization. This project seeks to lay the foundation for a robust characterization of the brain’s functional networks as overlapping (rather than spatially segregated) and in dynamic (rather than static) relation. By combining non-invasive neuroimaging at the BBI-SAMRI with advanced computational techniques, this project unravels how brain networks reorganize in the face of sensory and optogenetic stimulation. It will investigate how fear and anxiety systems are reorganized during development from adolescence to adulthood while also formally establishing optogenetic fMRI capabilities previously unavailable to College Park investigators.

When two people interact or have similar experiences at the same time, their brain activity can sync up. Known as “neural synchrony,” this phenomenon generally occurs during tasks that require social coordination—for example, between musicians playing in a band or between a pilot and co-pilot landing an airplane. Neural synchrony also takes place regularly between children and their parents, teachers and caregivers, and it provides an important foundation for children's cognitive and affective skills learned through contingent communication and reciprocal interaction with caregivers. To date, only a handful of studies have focused on neural synchrony among caregiver-child dyads, and none of these studies have examined the phenomenon in naturalistic (rather than lab-based) contexts or in persons of diverse racial, ethnic and socioeconomic status (SES) backgrounds. This project addresses this knowledge gap by pushing the limits of functional near-infrared spectroscopy—a noninvasive neuroimaging method—to study the neural mechanisms that support toddlers’ learning as they interact with caregivers in real time among low-SES, majority-BIPOC dyads.

Clinical tools used in the U.S. for assessing auditory processing deficits often rely on sounds, words, or sentences presented almost exclusively in English. However, these tests underserve the approximately 22% of the U.S. population who speak a language other than English at home, and they impede the ability of clinicians to diagnose and treat auditory processing deficits in non-native English speakers. This project aims to close that gap. Combining neuroimaging, psychophysiological and behavioral measures, the project investigates the neural and behavioral underpinnings of auditory stream segregation via an innovative non-linguistic hearing task newly developed at UMD. The novel task not only bypasses language in its assessment of hearing loss by using random tones and sequences of chords, but it also manages to more closely resemble the challenges of real-world listening conditions. Ultimately, this project promises to develop a tool for diagnosing auditory processing deficits independent of linguistic skill.

Familial dysautonomia (FD), a fatal neurodevelopmental and neurodegenerative disorder caused by variations in the ELP1 gene, affects nerve cells in the central and peripheral nervous systems. Although scientists are aware of FD’s genetic cause and its symptoms, including progressive visual decline leading to blindness, and difficulty swallowing and sensing facial pain and temperature, what is not known are the exact molecular mechanisms by which genetic mutations in ELP1 lead to FD’s visual and somatosensory deficits. This project combines multiple cutting-edge technologies to close the loop on this question. Uniting single-cell sequencing at the BBI-AGTC with super-resolution imaging (Speer lab) and subcompartment RNA sequencing (Taneyhill lab), this project pinpoints how ELP1 variations beget its devastating symptoms. It aims to uncover the molecular mechanisms underlying FD, from genetic mutation to changes in neuron transcription, faulty axon guidance, subsequent axon degeneration and cell death.

About the Brain and Behavior Institute: The mission of the BBI is to maximize existing strengths in neuroscience research, education and training at the University of Maryland and to elevate campus neuroscience through innovative, multidisciplinary approaches that expand our research portfolio, develop novel tools and approaches and advance the translation of basic science. A centralized community of neuroscientists, engineers, computer scientists, mathematicians, physical scientists, cognitive scientists and humanities scholars, the BBI looks to solve some of the most pressing problems related to nervous system function and disease. 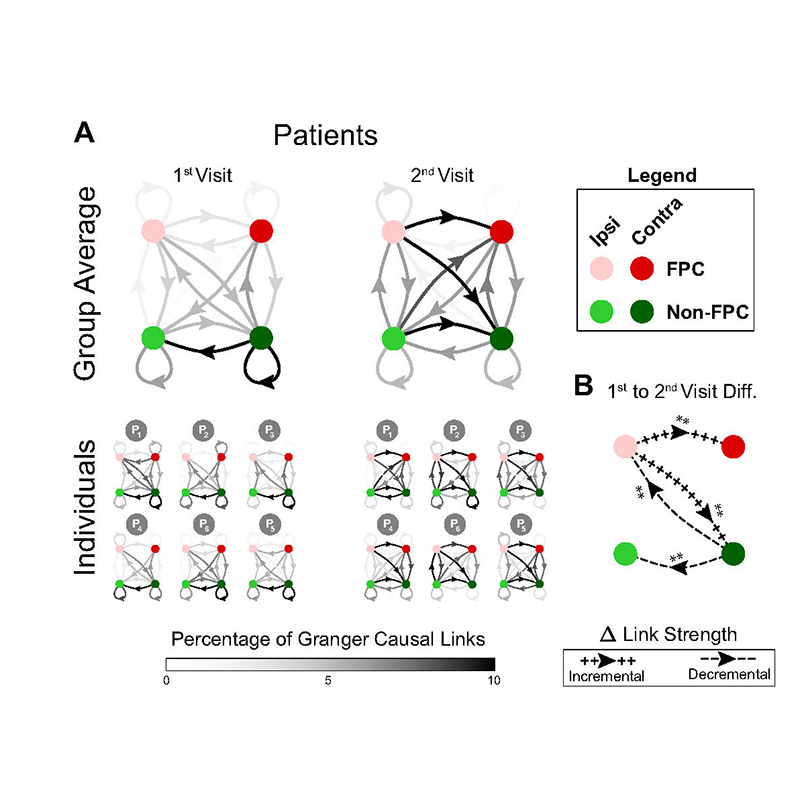 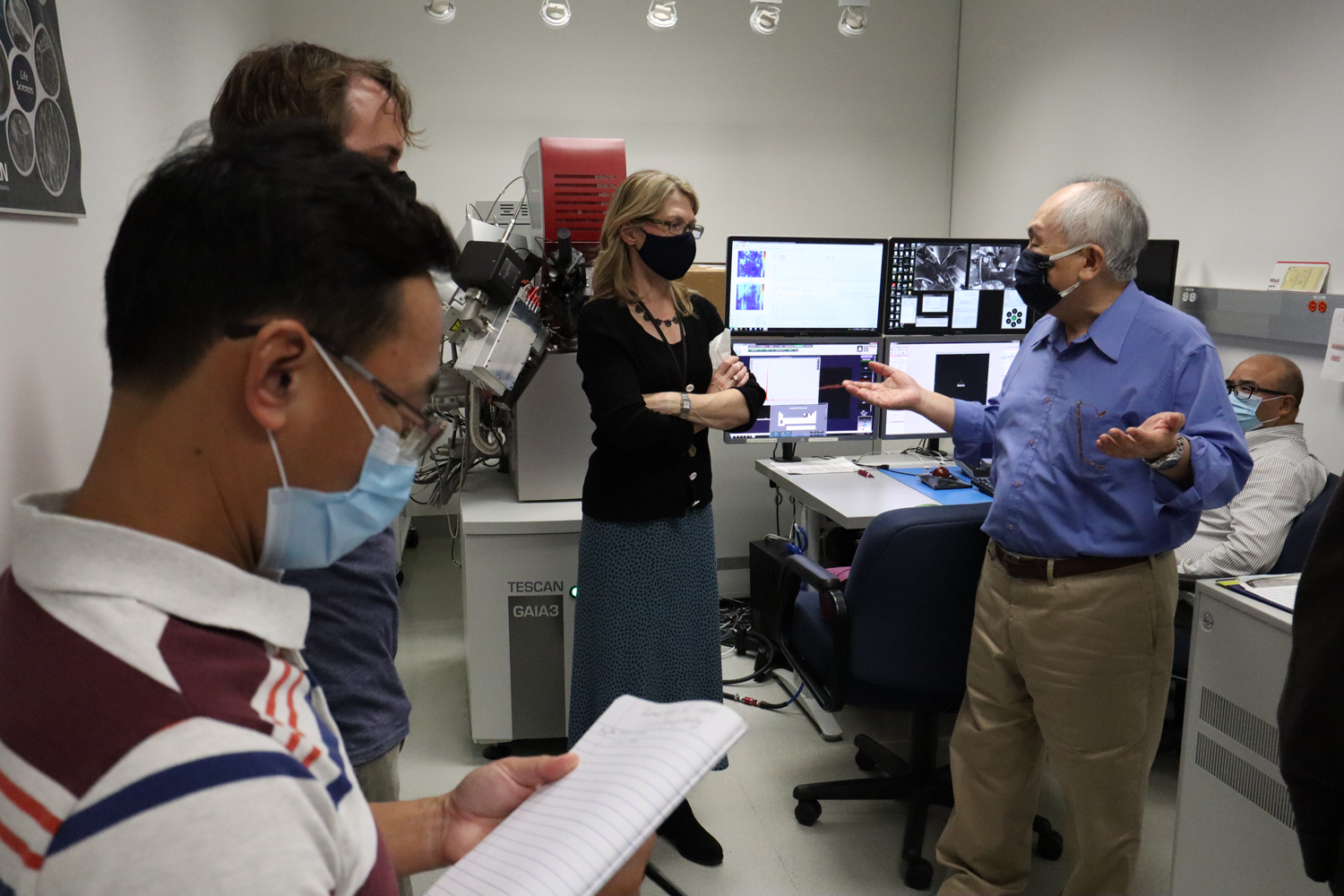