Duncan was named the recipient of the 2019 ALA Innovation Award, which supports independent investigators who are leveraging their existing body of work to conduct basic science, behavioral, clinical, or translational research for lung health. The award carries $75,000 in funding per year for up to two years. Duncan was recognized for his proposal to use nanotechnology to design a novel diagnostic tool to monitor physical changes in mucus associated with the progression of obstructive lung diseases.

Maisel was named the recipient of a 2019 ALA Dalsemer Award, which provides seed money to junior investigators for researching the mechanisms and biology of disorders that cause scarring of the lungs, known as interstitial lung disease. The award carries $50,000 in funding per year for up to two years. Maisel was recognized for her research on pulmonary lymphangioleiomyomatosis (LAM), a slow-progressing, metastasizing growth of smooth muscle-like cells in the lungs and kidneys.  LAM almost exclusively affects women of reproductive age. 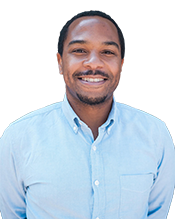 Pulmonary disease impacts millions of people worldwide, including those with obstructive lung diseases such as asthma, chronic obstructive pulmonary disease (COPD), and cystic fibrosis. Mucociliary clearance – the self-clearing mechanism of the bronchi, the main passageway into the lungs – serves as a primary mode for the prevention of infection in the lungs. Unfortunately, due to the abnormal physical properties of airway mucus in obstructive lung diseases, mucociliary clearance is severely impaired and, thus, contributes to chronic and acute worsening of infection, inflammation, and lung function.

Although researchers understand that mucus plays an important role in lung disease progression, there are no methods available to enable its clinical usage as a marker of disease severity or as an indicator of whether or not a patient’s treatment is working.

Even more, those who suffer from obstructive lung diseases often suffer from intermittent episodes of acute worsening of symptoms, known as pulmonary exacerbations. These occurrences are characterized by decreased lung function and worsened respiratory symptoms, which lead to an accelerated decline in lung function. To date, however, there are no established biomarkers to predict changes in patient lung health or a patient’s risk of pulmonary exacerbation.

Recognizing this, he discovered in previous work that the structural properties of mucus observed at the nanoscale level may indicate how far a patient’s lung disease has progressed. As such, Duncan is working with researchers from his Nanoscale Interfacial Biology and Engineering Lab to develop tools that would allow clinicians to observe these properties in order to determine the severity of a patient’s disease and the efficacy of therapies administered to treat it.

“Our long-term goal is to develop diagnostic tools that enable clinicians to more readily classify patients based on the severity of their disease, personalize clinical treatment regimens, and predict future pulmonary complications,” Duncan said, noting that the group’s hope is to enhance monitoring of chronic lung disease in real time 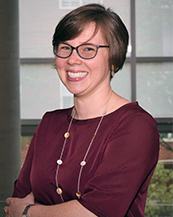 Pulmonary lymphangioleiomyomatosis (LAM) is a devastating progressive disease that primarily affects women of childbearing age, with patient survival ranging from 30-75 percent nine years after disease onset to approximately 20 years, if treated with a special class of therapeutics known as rapalogs.

To date, most research has focused on how signaling dysfunctions in the TSC1 and TSC2 genes lead to the abnormal growth of LAM cells. This work led to the first and only drug treatment approved by the Food and Drug Administration for LAM, rapamycin.

One hallmark of LAM is that it leads to the expansion of the lymphatic vessels in and around the lung, particularly around any LAM lesions.The body’s lymphatic system is made up of vessels and nodes present in most tissues and organs. When the lymphatic system functions correctly, it transports lymph – a colorless fluid that contains a variety of substances such as white blood cells and proteins – throughout the body. It does this thanks to lymphatic vessels, which carry lymph through the body in a way similar to how veins and capillaries carry blood through the circulatory system.

As it turns out, lymphatic expansion also occurs in certain cancers. This revelation is key, since recent studies have shown that such cancers may be more responsive to immunotherapies than others. As such, the commonalities between LAM and these cancers offer hope that immunotherapies might also be useful in combating LAM.

Recognizing this, BIOE assistant professor Katharina Maisel and members of her Mucosal Associated Immune System Engineering and Lymphatics Lab are working to determine the effects of LAM cells on lymphatic transport and the body’s immune response. Even more, they aim to shed new light on the therapeutic efficacy of specialized vaccines to target LAM. The group hopes their work will point to new avenues for LAM treatments.

“Our long-term goal is to extend the repurposing of existing treatments to other rare diseases, like we are doing for LAM,” Maisel said. “Down the line, we hope to enhance their efficacy by packaging them into nanoparticles that more effectively deliver the active compounds to their site of action.”

Research projects funded by the ALA are carefully selected through rigorous scientific view and represent the investigation of a wide range of complex issues to combat and reduce the suffering and burden of lung disease. All told, the ALA invested $6.45 million in promising research to fund an expected 64 grants for FY20.