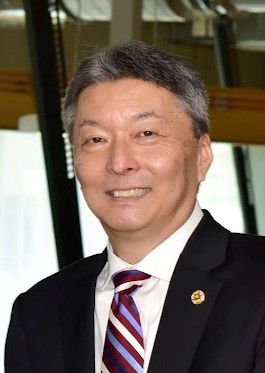 We have developed a comprehensive methodology for rapid mapping of previously unexplored compositional landscape in search of novel multifunctional materials. A variety of thin film deposition tools are implemented for synthesis of combinatorial thin film libraries and composition spreads of various designs. A suite of rapid characterization tools are utilized for quantitative mapping of relevant physical properties across combinatorial libraries. These include microwave microscopes, a scanning magneto-optical Kerr measurement setup and scanning x-ray diffractometers. Current topics of interest include magnetistrictive materials, multiferroic materials, and shape memory alloys. Our recent emphasis has also been on development of informatics techniques to effectively handle, visualize, and analyze the large amount of data which are generated from the combinatorial experiments. We have a network of international collaborators with whom a number of combinatorial experiments are carried out at any given time.

Previously I had worked on fabrication and characterization of superconducting thin film devices for over 10 years. My interest in novel functional devices now spans a range of other materials including magnetic materials and various smart materials. Our current projects include various multilayer multiferroic devices.

Current and Recent Group Members Include:

For a closer look at my research, take a look at the video links below:

The funding will be used to purchase a novel PLD system for use in the UMD Nanocenter.

Marksz will be honored at a virtual ceremony in May.

The University of Maryland College Park's research partnership with the U.S. Army Research Laboratory will establish an ecosystem for revolutionary additive manufacturing technology and concepts to expedite national readiness and response.

The JSAP Fellow International Award recognizes significant contributions of scientists who reside outside of Japan.

Takeuchi and Aute to lead projects

A junction between an ordinary metal and a special kind of superconductor has provided a robust platform to observe Klein tunneling.

Searching for Replacements for Rare Earth Elements in Permanent Magnets

Department of Materials Science and Engineering professor honored for transformational research in his field.

Wuttig Honored at National Meeting of the Materials Research Society