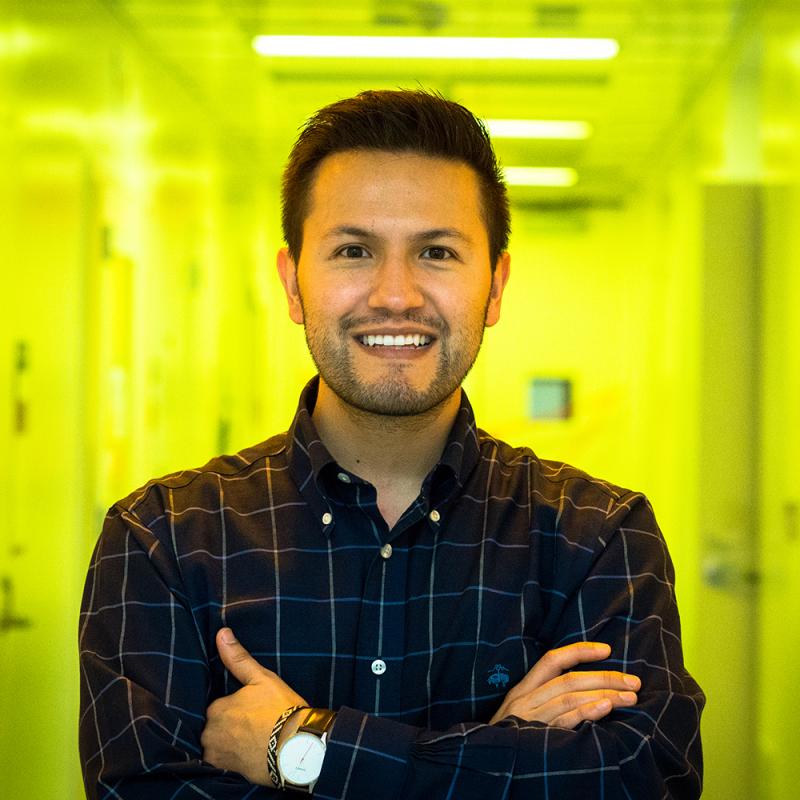 Always look for opportunities to reach your hand back and pull some up with you.

Degree(s) at Other Institutions:

Dr. Hector Neira has won many awards throughout his career, some include being placing 2nd at the 2018 Big Ideas @ Berkeley Hardware for Good, Outstanding Graduate Student Instructor Award from 2016-2017, being awarded in 2015 the Ford Foundation Pre-Doctoral Fellow, Awarded the Carolina Rojas-Bahr Award, awarded the Martin Luther King Jr. Community Service Award, being a finalist for the La Raza Unida. Dr. Neira is also involved with the Latina/o Association of Graduate Students in Engineering and Science, the Bioengineering Association of Students at UC Berkeley and University of California San Francisco, SHPE - Greater Philadelphia Professional Chapter, Latino/Hispanic, Business Network, and SHPE - UMD. Dr. Neira has patents for compositions and methods for stabilizing tissue for histological sectioning and a Polymer-Based system for the capture of mycobacteria, and has 2 published papers.