A Picture of Structural Health

Yunfeng Zhang has a vision for structural health monitoring, and it embraces the same method that powers facial recognition and speech-to-text software. He’s created a model that ranks the integrity of steel seismic fuses from a single photo.

“You can’t out-strength an earthquake, but you can contain much of the damage to a single structural component that engineers can simply remove and replace,” said Zhang, a professor in the Department of Civil and Environmental Engineering. “Seismic fuses absorb the energy from the violent shaking of an earthquake so that the rest of the building structures remain undamaged.”

And his approach can be “trained” to recognize failings in other integral structural components too.

Zhang’s model is driven by deep learning—a machine learning method that uses layered algorithms to extract structured information from immense data sets. He and graduate student Heng Liu have since 2014 meticulously trained the algorithms to distinguish healthy fuses from ones needing repair using hundreds of thousands of labeled images depicting a range of damage.

“Deep learning requires millions of training data points. Instead of starting from scratch, we were able to refine existing computer vision algorithms, which significantly reduced the number of images we needed to effectively train the algorithms,” Zhang said.

The final model, which Zhang hopes to see incorporated into software available to building owners and government agencies, assigns fuses a score of 1-5, with five indicating severe damage.

“Our research shows that the model has a 95 percent success rate,” Zhang added. “Building owners and others could reliably use our model in place of time-intensive and costly visual inspections.”

Zhang and Liu have already begun to explore other applications for their deep learning-powered model. They have also trained the algorithms to recognize deficiencies in bridge components from acoustic data collected by a sensor system that directs high-frequency pulses at the bridge.

“Deep learning could transform how we monitor and maintain structures, saving millions of dollars and human lives,” Zhang said. 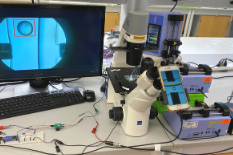 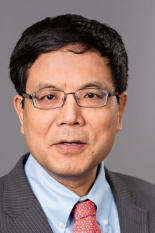