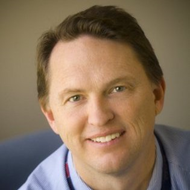 The National Academy of Engineering (NAE) elected Aerospace Engineering Academy of Distinguished Alumni Inductee Kevin Bowcutt (B.S. '82, M.S. '84, Ph.D. '86) as a Member. Bowcutt was selected for his contributions to the development and demonstration of air-breathing hypersonic vehicles and the implementation of design optimization methods.

Bowcutt, a recognized expert in hypersonic aerodynamics, propulsion integration and vehicle design, is the Chief Scientist of Hypersonics with The Boeing Company, in Huntington Beach, Calif. He has been with Boeing (formerly Rockwell International, North American Aircraft) since 1986 and named a Senior Technical Fellow by Boeing in 1998. He has also served as a Chairman of the Technical Fellowship for the Boeing Enterprise.

Bowcutt has spent much of his professional career researching and developing airbreathing hypersonic vehicles—including missiles, aircraft and space launch vehicles.

He served as a principal contributor and primary designer on the ten-year X-51A Waverider project aimed at developing sustained, hypersonic flight using air-breathing, high-speed scramjet propulsion. The project was a success, with the demonstration of sustained flight on May 1, 2013.

In addition, Bowcutt was an investigator with the National Center for Hypersonic Combined Cycle Propulsion, a five-year program established in 2009 dedicated to the fundamentals of hypersonic airbreathing propulsion and to advance the understanding of the critical mode transitions and supersonic/hypervelocity flow regimes of combined cycle propulsion.