The 12th IAFSS Symposium took place at Lund University in Sweden June 10-16, 2017. This Symposium, organized triennially by the International Association for Fire Safety Science (IAFSS), is the premier fire safety science meeting in the world. The 2017 program featured 6 workshops, 129 oral presentations (including 10 invited presentations), 2 poster sessions and was attended by 480 participants from approximately 40 countries.

UMD's Department of Fire Protection Engineering had an exceptionally strong presence this year, as evidenced by the growing leadership role assumed by UMD in international fire research. Professor Arnaud Trouvé served as Program Co-Chair of the Symposium (along with Dr. Bart Merci from Ghent University in Belgium).

“We were very pleased to note a significant increase in both interest and quality of the papers submitted for presentation at the IAFSS Symposium,” said Trouvé. “109 papers were selected out of 266 submissions featuring a wide variety of fire-relevant topics, including Fire Dynamics, Material Behavior in Fires, Wildland Fires, Evacuation and Human Behavior, Fire Suppression and Structures in Fire. This increase in interest and quality is due in part to a new partnership between IAFSS and the Fire Safety Journal - for the first time, papers accepted for presentation at the IAFSS Symposium are also being published in a Special Issue of the Fire Safety Journal.”

Dr. Trouvé is also one of the lead-organizers of a new effort endorsed by IAFSS, entitled, “the IAFSS Working Group on Measurement and Computation of Fire Phenomena” (or the MaCFP Working Group). The objective of the MaCFP Working Group is to establish a coordinated effort in the fire research community on a broad range of topics related to fire science in order to enable further progress in fire modeling. This is to be achieved as a joint effort between experimentalists and modelers, identifying key research topics of interest as well as knowledge gaps, thereby establishing a common framework for fire modeling research. The MaCFP Working Group is an open, community-wide, international collaboration between fire scientists, with data and information posted on a dedicated website and a GitHub repository, as well as discussions through a regular series of workshops. The first MaCFP Workshop took place on June 10-11 immediately prior to the start of the IAFSS Symposium and was attended by 120 participants. Drs. Stanislav Stoliarov, Jose Torero and Arnaud Trouvé represented UMD in the MaCFP leadership team.

Symposium activities included 8 papers co-authored by Drs. Michael Gollner, Andre Marshall, Stanislav Stoliarov and Arnaud Trouvé, and were presented by 5 students, plus 3 additional papers co-authored by Professor Jose Torero (Professor Torero joined UMD in Spring 2017). A notable feature was the invited presentation given by Professor Gollner who was awarded the 2017 IAFSS Proulx Award. The Guylene Proulx Award is an Early Career Award bestowed by IAFSS that recognizes rising stars in the fire science community in the early stage of their career.

Additionally, Drs. Stoliarov and Trouvé were awarded the 2016 FORUM Mid-Career Researcher Award and the 2017 FORUM Sjölin Award, respectively. The two awards are bestowed by the FORUM, a group of directors of fire research organizations throughout the world (http://www.fireforum.org). The Mid-Career Researcher Award recognizes exceptional achievement and demonstrated leadership in the fields of fire safety science or fire protection engineering at mid-career level. The Sjölin Award recognizes outstanding contributions to the science of fire safety or an advance in the state of the art in fire safety engineering practice of extraordinary significance.

In terms of long-term IAFSS activities, Drs. Gollner and Trouvé were re-elected to the IAFSS Management Committee. Trouvé was also re-nominated to the positions of Vice-Chair for the Americas and member of the Executive Committee of IAFSS. Both Drs. Gollner and Trouvé will continue developing the activities of IAFSS for the 13th Symposium (to be held in Waterloo, Canada, in 2020), for the MaCFP Workshop series, and possibly for a new series of IAFSS-supported Summer Schools on fire science.

UMD Hosts the Premier Combustion Science Meeting in the U.S. 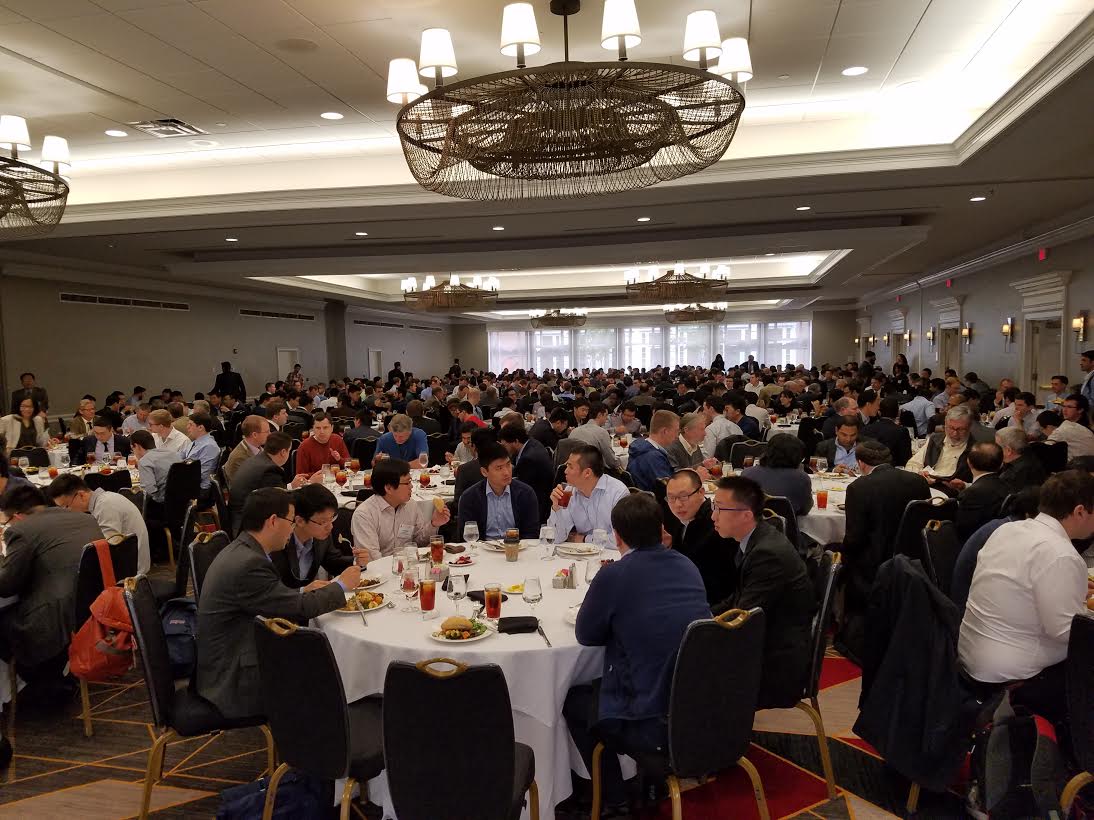