The University of Maryland and Lockheed Martin Corporation opened a major new chapter in their more than 60-year history today when Dr. C. D. Mote, Jr., president of the University, and Dr. Ray O Johnson, senior vice president and CTO of Lockheed Martin, agreed to create a unique, strategic relationship between the two institutions. The new agreement provides a strategic framework for current and future cooperation that leverages the resources, talent, and ideas of both institutions to produce innovative solutions for global and national security challenges. The agreement provides for work in three key areas: Centers of Collaboration, Joint Pursuit of Business Opportunities, and Enhanced Research and Development. The initial Lockheed Martin commitment is a minimum of $1 million per year for three years. However, officials from both organizations agree that the relationship is expected to grow in terms of both collaboration and investment. "The University of Maryland is thrilled to be formalizing our long-term partnership with Lockheed Martin Corporation. Our combined strength will provide capacity for innovation needed to respond to complex global issues and national security challenges," said President Mote, who is the Glenn L. Martin Institute Professor of Engineering. "Our partnership will allow us to undertake major projects benefiting our national prosperity and security." "Lockheed Martin's strategic relationship with the University of Maryland leverages the best talent and ideas from both institutions to produce innovative solutions for our future," said Dr. Johnson. "This partnership represents Lockheed Martin's commitment to its community and future workforce, and it represents a strategic business partnership that demonstrates the power of collaboration between industry, academia, and the government." Patrick O'Shea, chair of the Clark School's Department of Electrical and Computer Engineering, will serve as initial senior relationship lead along with Bruno Evans of Lockheed Martin. They will manage the daily operations of the relationship. Centers of Collaboration - Officials say a key part of the new strategic relationship is the creation of Centers of Collaboration, which will support sustained cooperative work in mutually agreed-upon areas - initially logistics and sustainment, climate change, and cyber-security. The first of these, the Center for Logistics and Sustainment, has already been launched under the direction of Maryland's Jacques Gansler, who is the first holder of the university's Roger C. Lipitz Chair in Public Policy and Private Enterprise and a former Under Secretary of Defense for Acquisition, Technology, and Logistics in the Clinton Administration. Joint Pursuit of Business Opportunities - Another focus of the new strategic relationship is to capitalize on their combined ability to optimize resource use and complementary strengths and capabilities to respond successfully to federal agency and other third-party needs for products and services. Enhanced Research and Development - Lockheed Martin already supports research at the University of Maryland in a number of areas, such as in work on laser plasma filaments that can enhance multiple applications of high-power laser beams and research in cultural modeling that can help troops perform better in unfamiliar environments. Through their new strategic relationship, the two organizations plan to enhance and expand their existing robust R&D relationship with more efficient use of facilities, processes, and people and to explore an overarching agreement governing all research projects. A Long History Together Aviation pioneer Glenn L. Martin, founder of the Martin Aircraft Company, was pivotal in the development of the University of Maryland aerospace engineering program, which now consistently ranks in the top 10 among aerospace engineering departments in the country. In 1944, in commemoration of the 50th Anniversary of Engineering at Maryland, Martin made a gift of $1.7 million (current endowment value $59.4 million) to the university to establish instruction and research in the aeronautical sciences. A second gift of $800,000, named in honor of Martin's mother, Minta Martin, was made the following year. Today this endowment is a major source of research funding for faculty, staff, and students in the A. James Clark School of Engineering. The state of Maryland, in support of Martin's vision, appropriated funds in the late 1940s to construct four new buildings at the university: the Glenn L. Martin Wind Tunnel building, Glenn L. Martin Hall, the Engineering Laboratory building and the Physics building. In 1949, a newly formed Department of Aerospace Engineering began providing full-time instruction in the aeronautical sciences. Martin Aircraft hired the university's very first master's graduate in aeronautical sciences, Mr. Dale Scott. Over the years, Martin Aircraft and it successors, Martin Marietta and Lockheed Martin, have hired many thousands more University of Maryland graduates in engineering, physics, computer science, business, and other disciplines. "This powerful relationship, first established between the university and Glenn L. Martin, and carried forward with Lockheed Martin, has been in place for over 60 years, and it represents one of the most historically significant relationships between a university and a corporation in the United States," said Darryll Pines, dean of the university's A. James Clark School of Engineering. "Since those early days, the relationship between Lockheed Martin and the University has grown in many ways. For example, the Martin or Lockheed Martin name is associated with numerous prestigious awards, medals, and professorships that are given out to faculty, students, and alumni of the university, as well as to named spaces such as two Lockheed Martin classrooms in the university's Computer Science Instructional Center building." Numerous Lockheed Martin senior executives have contributed significantly to the vision and prestige of the university by serving as members on various university boards, including: Robert J. Stevens, Chairman and CEO of Lockheed Martin; Norman Augustine, former Lockheed Martin CEO and President; Chris Kubasik, President and Chief Operating Officer of Lockheed Martin; Linda Gooden, Executive Vice President of Information Systems and Global Solutions; and Dr. Ray O Johnson, Senior Vice President and Chief Technology Officer. Watch footage from the event online.

"These kinds of strategic alliances may significantly reduce the time needed to bring new technologies into use. They promise to shorten the pipeline...." 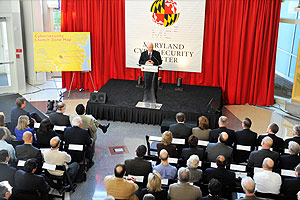 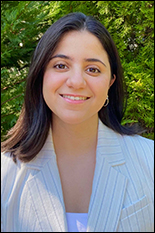