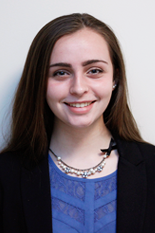 Caracappa is a an aerospace engineering sophomore actively engaged in research at Maryland, and is an active member of the NearSpace High Altitude Balloon Payload Program where she has participated in a number of high-altitude payloads. Most recently, she was the lead engineer on the group’s April 1 payload launch. Balloon launches typically cluster five or six payloads suspended below a high-altitude balloon. After launch, balloons can fly to altitudes ranging from 90,000 to 100,000 feet (near space). The balloon then bursts, and the payload cluster returns to earth suspended from a parachute. The teams track the payload via GPS, in coordination with the FAA, for recovery and the data analysis. This research enables students to gain hands-on engineering skills while developing sophisticated instruments to measure key characteristics of the atmosphere. As a member of the College Park Scholars Program at Maryland, she will have the opportunity to present the results of her payload launch during UMD’s College Park Scholar’s Showcase in May. Beyond the Balloon Payload Program, Caracappa is a member of the Women in Aeronautics and Astronautics organization and both the Pledge Class Secretary and Fund-raising Chair for Theta Tau, an engineering service fraternity. 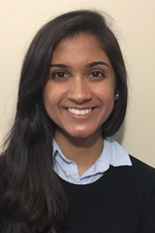 Patel is also an aerospace engineering sophomore who has been involved with research since her freshman year through her participation in the First Year Innovation and Research Experience (FIRE) program. Through the RISE program, Patel has been studying how robots interact with humans by looking at how humans anthropomorphize robots and how the “gender” of the anthropomorphized robot can affect robot system/operator interactions. She is working with Dr. Derrick Yeo on developing a system to assess how a male or female operator reacts to a robot anthropomorphized with either a male or a female voice. She intends to continue this research as she moves forward with her honors thesis completed during her junior and senior year. Beyond her FIRE research, Patel is also a member of the Women in Aeronautics and Astronautics, a member of Sigma Gamma Tau Aerospace Engineering Honor Society, and she has participated in the Terrapin Leadership Institute, a five-week leadership development program that helps students discover who they are as leaders and gain tangible leadership skills and strategies.

2017-2018 ARCS Scholars will be recognized during the Scholar Awards Reception on October 12, 2017 at the National Academy of Sciences Building in Washington, DC

The ARCS Foundation advances science and technology in the United States by providing financial awards to academically outstanding students studying to complete graduate degrees in science, engineering and medical research. Since its founding in 1958 in Los Angeles, California, ARCS has grown to a national organization of 17 chapters that have provided more than 14,000 scholar awards totaling nearly $83 million at 54 leading universities. Since the Metropolitan Washington Chapter of ARCS’ beginning in 1968, it has raised approximately $7 million in scholar awards.