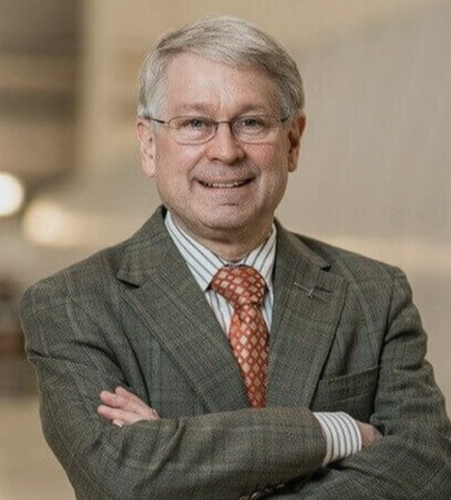 With a gift of $250,000, Aurora Flight Sciences founder John S. Langford III has endowed a full in-state tuition scholarship to be awarded annually to an aerospace engineering student at the A. James Clark School of Engineering. The gift honors University of Maryland President Darryll J. Pines, whose work with micro and unmanned aerial vehicles helped pave the way for Aurora’s success.

The new scholarship was announced on Tuesday (October 13) as Langford delivered the Minta Martin Lecture in Aerospace Engineering, a twice-yearly event, hosted by the aerospace engineering department, that features influential entrepreneurs, innovators, and thought leaders.

The Pines-Langford Endowed Scholarship is merit-based, with preference given to students who have distinguished themselves through significant achievements in entrepreneurship, student-led projects, research, leadership or service. “It’s a way of recognizing the pivotal role that UMD in general—and Darryll Pines in particular—played in the success of the Aurora enterprise,” Langford said.

The scholarship, which helps build toward the university’s $1.5 billion Fearless Ideas fundraising goal, is also a way of “paying it forward,” Langford said. “Our goal is to inspire future generations of students and to build a more diverse next generation of aerospace engineers." 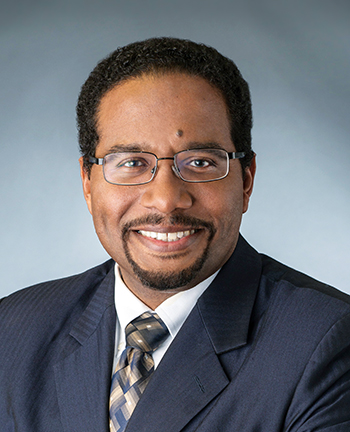 Langford and Pines were graduate students together at the Massachusetts Institute of Technology, where Pines earned his doctoral degree. Both soon found themselves working in the Washington, D.C., area—Pines as an assistant professor of aerospace engineering, and Langford as he launched Aurora, initially from his garage.

"Our goal is to inspire future generations of students and to build a more diverse next generation of aerospace engineers."

While on leave from UMD, Pines guided unmanned aircraft development as a program manager at the Department of Defense’s Advanced Research Projects Agency (DARPA) from 2004 to 2006. He started DARPA’s Micro Air Vehicles (MAV) program, which fundamentally shaped modern-day commercial unmanned aircraft use, and which Aurora was a participant in. Pines would go on to serve as dean of the Clark School from 2009 until this spring.

Langford served as a member of the Department of Aerospace Engineering’s board of visitors for several years, and Pines served on the Aurora Flight Sciences board of directors from 2014 until the company was sold to Boeing in 2017.

Pines, a special guest at the event, thanked Langford for his commitment to the University of Maryland, the region and the aerospace industry. He also cited Langford’s efforts to promote diversity within the field, including through his support for Women in Aeronautics and Astronautics.

Norman Wereley, chair of the aerospace engineering department, expressed his and the department’s gratitude for the endowed scholarship. “There will be students, in perpetuity, who benefit from your act of generosity,” he said.

Announcement of the award came at the end of an event focused on innovation. In his lecture, “Promises and Pitfalls of Electrified Aircraft Propulsion,” Langford highlighted the environmental and other benefits of electric-powered aircraft while also pointing to hurdles such as limited payload-range capability. He then detailed solutions being developed by his new startup, Electra.aero, including hybrid electric aircraft, powered lift and electric short takeoff and landing esTOL).

More than 150 participants attended the event, which was held virtually due to COVID-19-related constraints. The lecture series honors Minta Martin, an early aviation pioneer and mother of Glenn L. Martin, whose 68-mile seaplane flight from Newport Bay, California to Catalina Island broke existing records for over-water flight. Martin would go on to found the Glenn L. Martin Co.—a precursor to today’s Lockheed-Martin Corp., and UMD’s Glenn L. Martin Institute of Technology, which includes the A. James Clark School of Engineering.