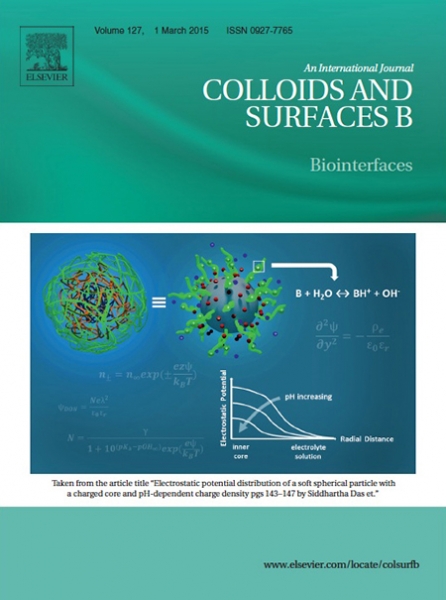 A team of student researchers led by Mechanical Engineering Assistant Professor Siddhartha Das at the University of Maryland has published work shedding new light on the complex pH-dependent electrostatics of viruses that may greatly influence interactions between viruses and bacteria. Their paper, "Electrostatic potential distribution of a soft spherical particle with a charged core and pH-dependent charge density," was the cover article in the March 2015 issue of Colloids and Surfaces B: Biointerfaces.

Most of the  biological species are electrically charged systems, and the ways in which these systems interact with one another are exceedingly complex. However, there has been little research on explaining the role played by species' surface charge in their interactions with other bio species.

The research team's focus was on developing models to quantify the electrostatics of a charged spherical particle. The insights obtained will help explain the electrostatics and the consequent biophysics of  the MS2 bacteriophage virus—a type of virus that specifically infects certain strains of bacteria, such as Escherichia coli.

The MS2 bacteriophage virus also has many applications such as detecting RNA in living cells, serving as an internal control in reverse transcription (RT)-PCR for viral genome detection and as a surrogate to mammalian viruses. Several of these applications rely on the electrical properties of the virus; so the present study provides an important platform to interpret and explain several key ingredients of how the MS2 bacteriophage virus functions.

Just as unique as the research, are the individuals who made up the research team. With the exception of faculty mentor Das, all contributing researchers are undergraduate students. Kyle McDaniel (junior) and Joseph Andrews (senior) are mechanical engineering students at the University of Maryland and Fedra Valcius is a biology major at Prince George's Community College.

"We're very fortunate as faculty to have such a high-caliber pool of undergraduate students [here at Maryland] who we can pull from," said Das.

The key result of the team's research is that the polyelectrolyte layer—grafted onto the particle core and intrinsic to the configuration of the soft particle—may exhibit pH-dependent charge density and that can significantly affect the electrostatics at the interface of the particle and the surrounding medium. This means that the environmental pH the virus is exposed to can actually alter how it behaves and interacts with a bacteria.

The team found that depending on the value of the pH, the charge of the core may exhibit virtually negligible or extremely significant influence in dictating the electrostatic potential around the particle. This is the first research to demonstrate how significant pH variation is as a factor in the electrostatics of a soft particle with a charged core.

More importantly, this study also provides the first clues to the remarkable pH-dependent variation of electrophoretic mobility of MS2 bacteriophage virus. This has implications in better understanding the MS2's biophysical applications as well as using pH-variation in regulating the impact of the charge of its core. 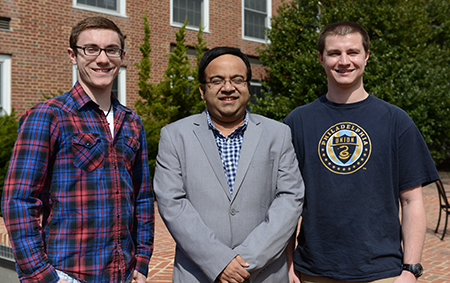