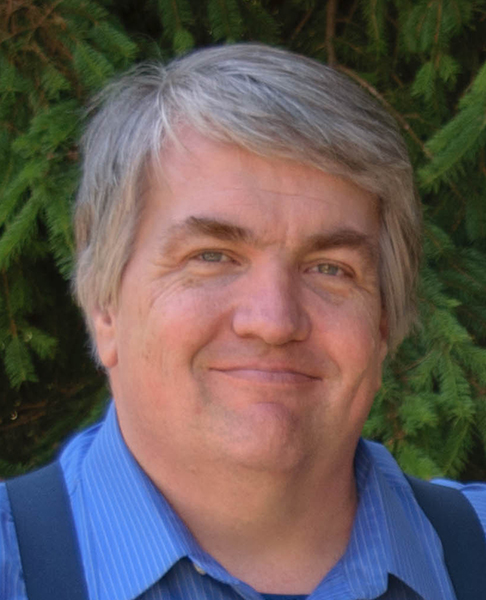 2309B Chemical and Nuclear Engineering Building

Dr. Tim Foecke received a bachelor's degree in 1986 and PhD in materials science and engineering in 1991, both from the University of Minnesota.  His thesis work, completed under Professor William W. Gerberich, involved the interaction of cracks and crack tip emitted dislocations on toughening in crystals, and measured the effect of lattice flow stress on the critical stress intensity for dislocation emission from a Mode I crack in a series of single crystal alkali halide solid solutions.

He was awarded a National Research Council Post-Doctoral Fellowship at NIST to work with Dr. Robb M. Thomson in 1991 to study dislocation generation and motion in nanomaterials. He published the first observations of the generation and motion of dislocations in any nanomaterial in 1993,  imaging deforming single crystal Cu/Ni nanolayered composites in an in situ TEM deformation experiment.

Dr. Foecke was the founding Director of the NIST Center for Automotive Lightweighting, the mission of which is helping the US auto industry get lighter, next-generation materials into vehicle bodies. A $4M, congressionally-funded project, current work involves complex, multipath and high rate testing of materials such as carbon fiber composites and advanced high strength steels, and using the data to generate constitutive models to be used in finite element design of car bodies and the needed manufacturing tools.

Beginning in 1996, he has been involved in the forensic examination of the structure and mechanical properties of metals recovered from the wreck of the RMS Titanic, and has been involved in expeditions in 1996, 1998 and 2004. He performed experiments on a number of hull fragments and definitively disproved the theory that the steel used to construct the hull of the Titanic was inferior and brittle. He was the originator of the "rivet theory" to explain the rapid sinking of the Titanic. His initial report on the hull steel and rivets was published in 1998. This study was greatly expanded in collaboration with Dr. Jennifer Hooper McCarty in her PhD thesis work at Johns Hopkins University and was published in 2008 in the book "What Really Sank the Titanic - New Forensic Discoveries" (Citadel Press) and has been published as a German translation "Warum sank die Titanic wirklich?: Neue forensische Erkenntnisse (Springer Vieweg) (2012)".

Dr. Foecke was a member of the National Construction Safety Team that analyzed the collapse of the World Trade Center on September 11, 2001, and was responsible for all failure analysis and fractography of steel components, forensic image analysis of images and video footage contributed by the public and media organizations to identify damage and failure mechanisms of the steel components impacted by the aircraft and ascertain the integrity of the fireproofing on the steel, and investigations looking into evidence of maximum temperatures reached by recovered building components.

Dr. Foecke led a project at NIST that created a finite element model of the wreck of the USS Arizona, attempting to estimate remaining lifespan before collapse and to provide a mechanism to test remediation techniques before implementing them on the monument. Foecke is also a consultant on conservation efforts on the wrecks of the CSS Hunley and USS Monitor.

Dr. Foecke has been involved in a project attempting to stabilize and conserve the Inconel components of the Apollo 11 first stage Rocketdyne F-1 engine recovered from the bottom of the Atlantic Ocean.

His work has been covered in the media extensively, with front-page articles in the New York Times and Washington Post, as well as interviews with TV, radio and print media around the world. He was one of the first "mystery guests" on the NPR series "Wait, Wait, Don't Tell Me", appearing on the 5th ever broadcast on January 31, 1998.

Dr. Foecke helped the Science Museum of Maryland in Baltimore develop the exhibit "Science of the Titanic", which tours children's museums in the US and has delivered over 200 presentations to school groups from elementary to college on various forensic topics, including "What Sank the Titanic" and "Cool, Old, Famous Broken Stuff", attempting to interest kids in STEM field careers.

He is a consultant to the National Capital Planning Commission on materials selection and durability for the planned Eisenhower Memorial on Maryland Avenue in Washington, DC.

Dr. Foecke has a Bacon Number of 2 (Martin Sheen having been the narrator of the Discovery Channel documentary "Titanic-Anatomy of a Disaster", and co-starred in the movie "JFK" with Kevin Bacon), and an Erdős number of 4 (via Robb Thomson to Peter Bergmann To Ernst G. Straus to Paul Erdős), giving him an Erdős–Bacon number of 6.