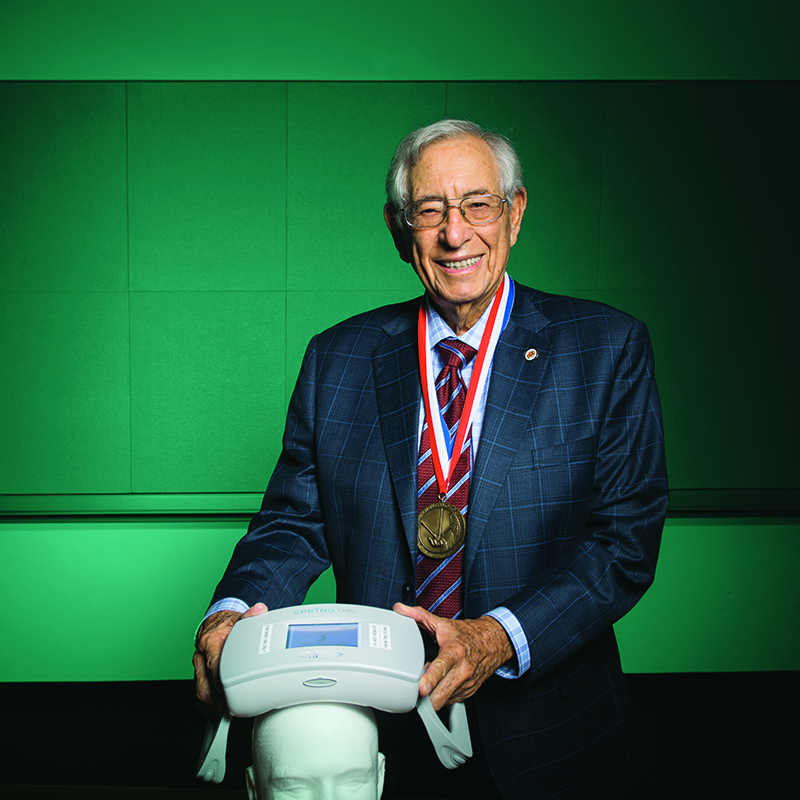 Robert E. Fischell built his career by developing lifesaving medical devices and systems. A prolific inventor with nearly 200 U.S. and international pa tents in his name, his work has resulted in a large variety of medical device improvements and new technologies including the first implantable insulin pump, the rechargeable pacemaker, and highly flexible stents for placement in coronary arteries. He is also the co-inventor of a microminiaturized computer that can be implanted in the human cranial bone to sense a precursor of an epileptic seizure and prevent it from occurring.

Fischell’s outstanding career of inventions and innovations in the field of biomedical devices is characterized by his facilitating a process that commercializes the most promising of his inventions. He then forms companies to develop and refine the technologies to the point where major medical companies may acquire them. In this way, his inventions become available to society.

After several years working at the Naval Ordinance Laboratory and for Emerson Research Laboratory, Fischell began a 38-year career at the Johns Hopkins University Applied Physics Laboratory (APL) and became the chief engineer of the Space Department. He retired from the APL in 1997 and is currently chairman of Fischell Biomedical, LLC. and Angel Medical Systems, Inc.

Fischell’s numerous awards and honors include: the Space Technology Hall of Fame and being named the 1984 Inventor of the Year. The University of Maryland honored Fischell with its 2001 Major F. Riddick, Jr. Entrepreneurship Award and the 2000 Outstanding Alumnus Award. Fischell serves as a director of the University of Maryland Foundation, and on the University’s Board of Trustees and the Clark School of Engineering Board of Visitors. He is also a member of the National Academy of Engineering.