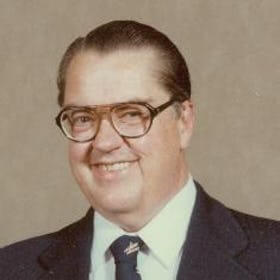 Inducted in May 1991 in recognition of his significant inventions and for creating the standard form of the universal product code.

A 36-year veteran of the International Business Machines Corporation (IBM) who retired in June of 1987, George Laurer was the holder of 25 patents. He was also the author of 20 published Technical Disclosure Bulletins. During his career, IBM recognized and rewarded him for many technical innovations. He received the prestigious “Raleigh, N.C. Inventor of the Year” award in 1976. In 1980 he was honored with IBM’s Corporate Technical Achievement award for his work on the Universal Product Code proposal that was issued in 1970 by McKinsey & Co. and Uniform Grocery Product Code Council, Inc. Before joining IBM, he earned a B.S. in electrical engineering from the University of Maryland in 1951. He came to the University after having served in World War II and attending a technical school to learn radio and TV repair. Upon completion of his first year at the technical school, his instructor convinced him that he should not continue that course of study, but that he should go to college. Laurer passed away in 2019.