The Early Career Award honors a Clark School alumnus or alumna who has achieved meritorious contributions and significant rapid advancement in the early stages of their career.

Nominations for 2021 must be received no later than August 12, 2021. Only one recipient will be chosen each year. The award will be presented at the A. James Clark School of Engineering Annual Recognition Dinner held in the fall. 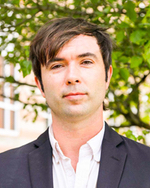 Officer of gel-e. Dr. Dowling completed his graduate work at the Fischell Department of Bioengineering at the University of Maryland in May 2010 and has since pursued gel-e on a full-time basis.
In 2005, after graduating with a degree in chemical engineering from the University of Notre Dame, he was awarded the Fischell Fellowship in Bioengineering for his innovative ideas in drug delivery systems. Dr. Dowling then co-created the gel-e platform, raising several initial grants to develop the technology. This led to his recipience of the Dean’s Doctoral Research Award for his work on chitosan-based self-assembled soft materials for use in wound treatment. He has since successfully licensed gel-e from UMD and has raised another $4.0M in non-dilutive funding. This has been used to achieve 3 FDA clearances for gel-e, a large and growing patent estate, and numerous peer-reviewed publications in high-impact journals.
Dr. Dowling’s work was recently featured on the BBC Television program, Brave New World with Stephen Hawking. 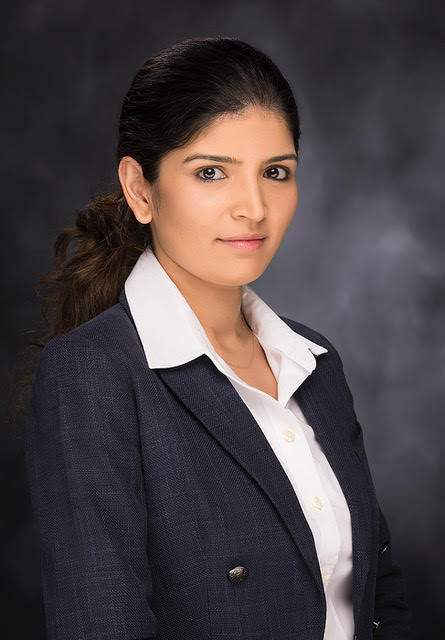 Dr. Preeti Chauhan
Dr. Chauhan received both her master’s and doctoral degrees in Mechanical Engineering from the A. James Clark School of Engineering in December 2012. The research she conducted at UMD focused on solder joint reliability, copper wire bonding, and prognostics and health management (PHM) of electronics.
Upon graduating, Dr. Chauhan began her career at Intel Corporation as a Quality and Reliability Engineer. She established herself as an expert in the areas of first level interconnect and assembly processes through her technical contributions in certifying state-of-the-art mobile, desktop, laptop, and server technologies with complex architectures. Within three years, Dr. Chauhan was promoted after achieving an outstanding rating amongst peer groups.
Dr. Chauhan currently serves as a Quality and Reliability Program Manager for Assembly Packaging and Test Development in Technology Manufacturing Group (TMG) at Intel Corporation. In this role, she heads a team of fifteen engineers to enable qualification and certification of Intel’s XEON server microprocessors.
In 2017, Dr. Chauhan was awarded TMG’s excellence award for her contributions to next generation test processes. Over the years, Dr. Chauhan has consulted on copper wire bonding technology, led excursion management for millions of dollars of inventories, and provided cross organizational trainings on reliability for teams in the United States and Asia. She also authored a book on copper wire bonding, contributed to several additional books, and has written over 20 journal and conference articles regarding semiconductor reliability and PHM.
Dr. Chauhan has been on the conference committee of the Institute of Electrical and Electronics Engineers Prognostics and Health Management (IEEE PHM) and delivered keynote speeches at several IEEE PHM conferences
internationally. She has also peer reviewed Microelectronics Reliability and Transactions on Device and Materials Reliability journals for the past 5 years. Dr. Chauhan has been actively engaged in Women at Intel and is a consistent model for women in STEM leadership positions by mentoring technical female peers on the development of both technical and soft skills. 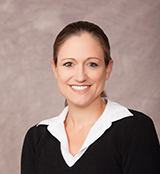 Amy J. Murdock, P.E.
Amy J. Murdock is a Principal with Code Consultants, Inc. (CCI), where she provides creative solutions to fire protection and life safety code challenges in the design of construction projects for new, existing, and historical buildings. Ms. Murdock immediately joined Code Consultants upon receiving her B.S. in Fire Protection Engineering from the University of Maryland in 1998. Her role as a practicing engineer in the field of fire protection occurs across several market sectors including retail, mixed use, corporate, education, hospitality and entertainment. Ms. Murdock is involved with many projects that require the development of alternate means or methods of construction and complex equivalency formulation in order to achieve approval from the Authority Having Jurisdiction. She rose to become a Principal of CCI in 2010. As an active advocate of the fire protection engineering community, Ms. Murdock has served on the National Fire Protection Association 101/5000 Technical Committee on Mercantile and Business Occupancies, focusing on fire protection and life safety in such occupancies since 2009. She currently serves as chair of the committee. Ms. Murdock has been an active member of the Department of Fire Protection Engineering’s Curriculum Advisory Committee since its inception in 1999. In 2016, she joined the Department’s Board of Visitors. Through participation in both, Ms. Murdock assists in the development of the department and ensures that the knowledge and skills taught in the FPE curricula meet the present and future expectations of employers and students alike. Additionally, she serves as the 2016 International Council of Shopping Centers (ICSC) CenterBuild Conference Chair. Through her decade-long involvement with CenterBuild, she has educated countless architects, retailers and developers in the field of fire protection and life safety. Ms. Murdock takes a great deal of pride in her active membership in St. Louis Forum; an exclusive, invitation only group of professional women in the St. Louis area. She continues to serve as an informal mentor to CCI’s ten women in technical staff positions. 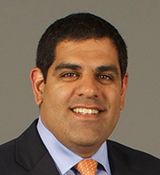 Rajeev Arora
Rajeev Arora graduated from the University of Maryland in 2000 with a B.S. in Fire Protection Engineering, and has since gained experience at two companies in roles that span all sides of the fire and security systems value chain. Mr. Arora started his career at Tyco, the world’s largest pure play fire and security company, where he worked in ADT Security Services. He also has ten years of experience from Arora Engineers, Inc., a family-owned engineering consulting firm he leads as an equity partner. In his current capacity as Vice President and General Manager of the Fire Detection and Special Hazard Products at Tyco, Mr. Arora is the P&L Leader for two product businesses totaling $1B in revenue. His leadership philosophy is centered on creating a positive environment in which team members will thrive by articulating a vision and strategy that clearly links to the P&L then establishing a measurable execution plan with a consistent operating rhythm. Mr. Arora has been recognized for both his engineering expertise and managerial acumen, and has experienced tremendous organic and profitable growth in each phase of his career. Most recently, he was recognized by Tyco with a CEO Award for Teamwork, one of four awards given annually that represent excellence in the company’s core values. In years past, Mr. Arora has also been awarded the Top 40 under 40 award by Consulting Specifying Engineer and the Young Engineer of the Year award by the Engineers Club of Philadelphia. Mr. Arora has been instrumental in creating a Tyco relationship with the Department of Fire Protection Engineering that has led to a strong recruiting relationship, investment in the Legacy Campaign for a professor of the practice, membership in the departmental corporate partner program Fire Center, and support of alumni programming. 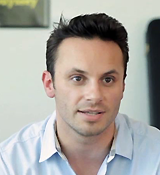 Brendan Iribe
Brendan Iribe is one of the video game industry’s most successful entrepreneurs. He is currently the CEO of Oculus VR, the Irvine-based developer of the Oculus Rift virtual reality headset. Oculus VR recently made worldwide headlines when on March 26, 2014, Facebook announced that it was acquiring Oculus VR in a deal worth approximately $2 billion. The two companies are joining forces to create the best virtual reality platform in the world. In 2012 Mr. Iribe and his team launched a Kickstarter campaign to fund the creation of Oculus Rift development kit. With the support of 9,522 backers, they exceeded their original goal of $250,000, raising more than $2.4 million. The campaign remains one of the top 20 most-funded campaigns in Kickstarter history. Before Oculus, Mr. Iribe served as Chief Product Officer of Gaikai, a company that provides technology for the streaming of high-end video games, and is another innovative Orange County success story. In July 2012, Sony Computer Entertainment (NYSE: SNE) acquired Gaikai for $380 million. Prior to Gaikai, Iribe spent a decade as co-founder and CEO of Scaleform, the top rated user interface technology provider in the video game market, which Autodesk acquired in 2011. Earlier in his career, Mr. Iribe worked as a game programmer and helped the Firaxis team develop the user interface for Civilization IV, a game that went on to sell millions of units and win multiple awards. In September 2014, Mr. Iribe made the largest gift in the history of the University of Maryland to build the Brendan Iribe Center for Computer Science and Innovation, and to provide scholarship support to Computer Science students. In addition to his generous philanthropy, he plans to return to the University to speak at events and hackathons. “I’ll try to play the largest role that I can take.” He concludes, “Why wait until we’re old and retired? Why not do it now?” 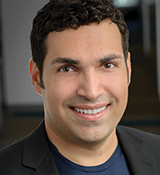 Alexander F. Mehr
Alexander F. Mehr is co-founder and President of Zoosk, one of the world’s largest online dating platforms and a top 10 grossing App in the Apple App Store. Mehr grew up in Iran and attended Sharif University of Technology, where he met Shayan Zadeh. After immigrating to the U.S., Dr. Mehr received a Ph.D. in mechanical engineering from the University of Maryland. While Mr. Zadeh and Dr. Mehr were roommates at the University of Maryland they developed the idea to create Zoosk, which they founded in 2007. Zoosk has been called the "Amazon of dating," and has active users in over 70 countries. Zoosk uses an algorithm to match people who have a high probability of responding positively. Some 25 million people now use the service, which has pulled in $61.6 million in equity. Dr. Mehr is the author of several peer reviewed published articles on a variety of subjects including theory of complex systems, risk management, design optimization, aerospace systems, genetic algorithms, decision theory, and numerical modeling. His Ph.D. dissertation focused on the optimal design of complex engineering systems. Prior to starting Zoosk, Dr. Mehr worked as an engineer for NASA and collaborated on several manned and unmanned space flights. He gave the October 2012 Whiting-Turner Lecture titled “Up in the Ivory Tower or Down in the Trenches: What You Need to Know Before Taking the Leap to Start Your Own Business.” In his spare time, Mehr is a motorcycle enthusiast and enjoys hiking with his dog Lexi, a Rottweiler mix. 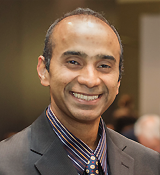 Nagarajan Valanoor
Nagarajan Valanoor is a professor at the School of Materials Science at the University of New South Wales (UNSW). He started at UNSW in 2005 as a lecturer, was promoted to senior lecturer in 2007, associate professor in 2010 and professor in 2014. Prior to joining UNSW, Dr. Valanoor was in Germany from 2003 to 2005 as an Alexander von Humboldt Fellow, and at the University of Maryland as a research associate from 2001 to 2003. Dr. Valanoor is currently the research director for his school (department in US nomenclature). He holds the Australian Research Fellowship (awarded back-to-back). He has published more than 130 peer-reviewed papers, including papers in Science, Nature Materials, Nature Communications, Physical Review Letters, seven book chapters and is in the process of editing a book. His research has attracted more than 5,200 citations. He has supervised 12 Ph.D. thesis completions and four Master’s thesis completions. Previously he has been awarded the 2014 IEEE ISAF Young Investigator Award, the 2012 UNSW Vice Chancellor’s Teaching Award, the 2010 ISIF Young Investigator Award and the 2009 Edgeworth David Medal by the Royal Society of the New South Wales. Dr. Valanoor obtained his Ph.D. in 2001 from the University of Maryland.