More than 175 mid-career STEM faculty and other academic leaders from across the country met in Madison, Wisc., on June 3 for the Denice Denton Emerging Leaders Workshop.

Inspired by the work and legacies of Denice D. Denton, the recipients of the decade-old Denice Denton Emerging Leader ABIE Award organized the faculty development workshop. It focused on helping mid-career faculty develop knowledge, skills, strategies, and critical networks. The event aimed to support and further develop a new generation of academic women and men prepared and energized to be leaders, mentors and coaches, and to contribute to transforming the climate to enable success for those in science and engineering independent of race, ethnicity, gender, gender identity and expression, sexual orientation, country of origin, and other dimensions of diversity.

The participants included some 120 mid-career faculty, 20 full professors who acted as coaches, senior staff from several academic institutions and 16 senior graduate students who were competitively selected for their ability and interest in pursuing academic careers. They came from the STEM fields of engineering, computing, mathematical and physical sciences, and were assistant or associate professors with 4-15 years of experience in tenure-line faculty positions.

They learned from plenary speakers, panels of distinguished academic leaders, and their more senior colleagues in small group “laser coaching” sessions designed to help them develop strategies for success and individual leadership plans. In addition, participants gained insight from working with their peers and near-peers throughout the day.

University of Washington President Ana Mari Cauce gave the first keynote address titled, “My Life in Administration: From Accident to Career.” Cauce, who until recently considered herself an “accidental administrator,” shared the insights she’s gained during her journey from assistant professor to university president. Her talk so engaged the participants that they later sought her advice for a full half hour during the break.

Harvey Mudd College President Maria Klawe gave the second keynote address via Skype due to a recent injury. “Twists and Turns as an Academic Leader” described her adventures, mishaps and insights as a female scientist and engineer who was mindful of both her professional career and her family. She described her goal of making the culture of science and engineering welcoming to everyone with passion and ability, from poets and football players to women and under-represented minorities.

A “Panel on Cultivating Leadership Potential and Overcoming Challenges on the Path to Leadership” featured four speakers who each brought a unique perspective to the topic. The panel was co-moderated by Professor Carol Espy-Wilson, Department of Electrical and Computer Engineering and Institute for Systems Engineering, University of Maryland; and TSMC Distinguished Professor in Microelectronics Tsu-Jae King Liu, chair of the Department of Electrical Engineering and Computer Sciences, University of California, Berkeley.

A photo gallery of the event is available here. Insights gained from the speakers were live tweeted under #ddelworkshop on Twitter. 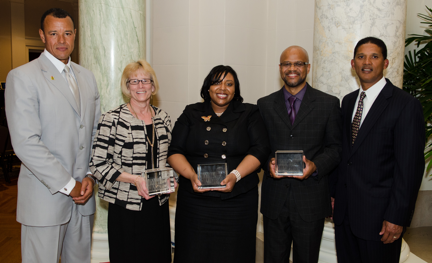 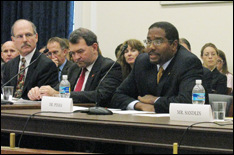 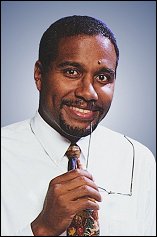