The phrase “spreads like wildfire” is well known, but it wasn’t well-understood how wildfires actually spread. Now researchers at the University of Maryland (UMD), U.S. Forest Service, and University of Kentucky have a never-before-seen snapshot of flame movement that will effect the way that wildfires are managed and mitigated.

Specifically, it was unclear how radiation and convection – two heat transfer processes that occur in wildfires – contribute to the spread of such fires. Now, evidence presented in a new paper in the Proceedings of the National Academy of Sciences (PNAS) reveals that the spread of wildfire is caused primarily by convection, the transfer of heat through the movement of liquids or gasses. Convection determines flame behavior in a fire, and convective air currents also can heat or cool nearby vegetation.

“This discovery provides the missing piece of the puzzle we needed to describe wildfire dynamics,” says Michael Gollner, an assistant professor in the University of Maryland’s Department of Fire Protection Engineering who contributed to the study. “Current computer modeling systems are not very good at predicting the spread of fire. We present a physical basis from which to create a new model that won't break down under the most extreme conditions. This will have a huge impact on firefighting strategy, effectiveness, and safety.”

The team of researchers says their findings have the potential to:
• Improve firefighter safety through better recognition & anticipation of wildfire behavior
• Increase the accuracy of prediction models for the spread of wildfires
• Inform efforts to mitigate fuel hazards that contribute to wildfires

Prior to this study, little was known about the role of convection in the spread of wildfires because research had focused on radiant heat – heat transferred by electromagnetic waves. Heat from the sun is another example of such direct radiation of energy. Studies used to create predictive wildfire models assumed that radiant heat governed how fast a fire spread.

However, this team of scientists, led by Mark Finney of the USDA Forest Service Rocky Mountain Research Station, unexpectedly found that the net rates of heat transferred by radiation were insufficient to ignite the fine fuel particles that constitute wildland vegetation. Instead they found such particles are efficiently kept cool by convection until contacted directly by flames.

UMD’s Gollner helped Finney determine what these convective motions were and how they impacted the fire by running small-scale experiments in a special combustion wind tunnel at Maryland. Colleagues at the University of Kentucky provided a framework to scale up the phenomena, and used high-speed thermal infrared cameras to observe heating in large scale fire spread experiments run at the Missoula Fire Sciences Laboratory’s unique combustion wind tunnel in Missoula, Mont.

Together, their efforts produced a never-before-seen picture of the flame movement that governs advancement of such fires. Outdoor experiments and prescribed fires extended their results, demonstrating the model could replicate the behavior of large-scale wildfires.

The experiments led to the discovery of previously unrecognized flame behaviors and how those behaviors cause wildfires to spread. The team discovered that flame vorticity (circulations) and instabilities due to the buoyancy of flame gasses cause wildfires to spread by forcing flames downward into the fuel bed and bursting forward ahead of the fire into fresh fuel, such as grass and brush.

“This study opens the door into the little known world of flame dynamics and gets us closer to understanding the complexities of radiative and convective heat and how they affect wildfire spread,” says Finney.

Each year, wildfires in the United States burn an average of 7 million acres of land, and for the last 10 years, the U.S. Forest Service and Department of Interior have spent a combined $1.5 billion annually on wildfire suppression. The ten scientists who conducted this study are from the USDA Forest Service Rocky Mountain Research Station’s Missoula Fire Sciences Lab, the University of Maryland’s Department of Fire Protection Engineering, and the University of Kentucky’s Department of Mechanical Engineering.

The study is published in in the Proceedings of the National Academy of Sciences and available for download at http://www.pnas.org/content/early/2015/07/13/1504498112. 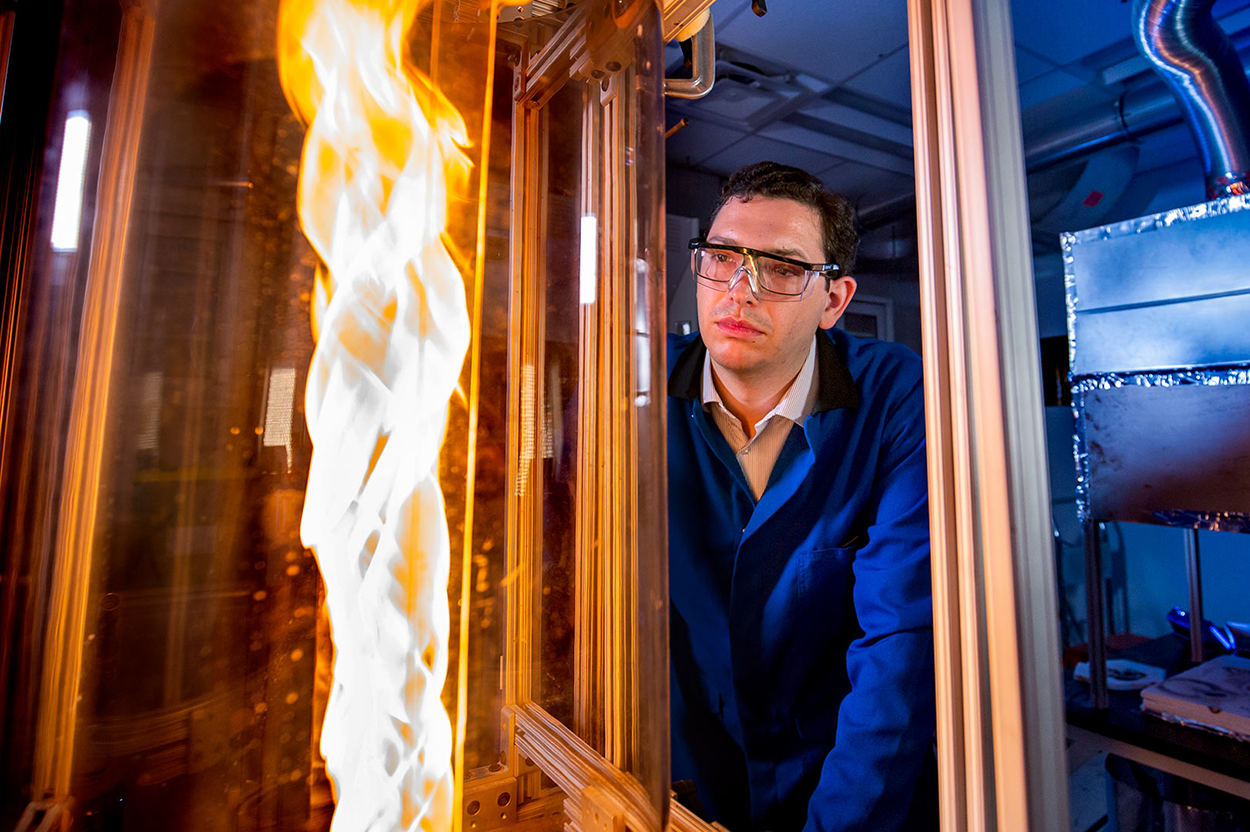 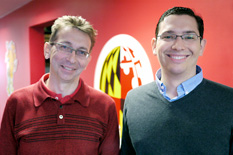