Fischell Department of Bioengineering sophomore Zachary Russ was invited to pen a guest column for Genetic Engineering & Biotechnology News (GEN) a publication that has covered developments in bioprocess research and commercialization since 1981. Russ was asked to submit a story by GEN's Opinion editor after seeing an essay he authored in the Journal of Biological Engineering.

Russ's article for GEN, "Preserving the Integrity of Statistics," discusses the challenge of working with and proper use of statistics in bio-oriented research. This setting often finds scientists wrestling with multiple variables and living organisms that may not behave as expected, may mimic another organism's behavior, and are subject to contamination. Russ also advocates for greater transparency in published research, including complete information on how data was collected, manipulated, and culled; and for increased education for young scientists who are expected to use statistics to explain their results and justify their conclusions.

"Perhaps our problem," he writes, "is that, without much emphasis on biostatistics in curricula or the workplace, students and novice researchers are not given an adequate understanding of when to use statistics, how to use them, and what they mean, yet are encouraged to use statistics whenever possible...."

Russ, who is double majoring in mathematics, intends to pursue a Ph.D. in bioengineering and design micro- and nanoscale devices for medical applications. In 2008 and 2009 he was the winner in the Institute of Biological Engineering's national bioethics essay contest, and in 2009 he was the recipient of a Goldwater Scholarship. He has participated in summer research programs at the University of California-Berkeley and Rice University.

"Preserving the Integrity of Statistics" appears in the November 1 (vol. 29, No. 19) issue of GEN and can be found online at the GEN website.

Read "Preserving the Integrity of Statistics" »

Read Russ' 2009 essay, "Mapping the moral boundaries of biological engineering," in the Journal of Biological Engineering » 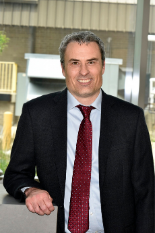