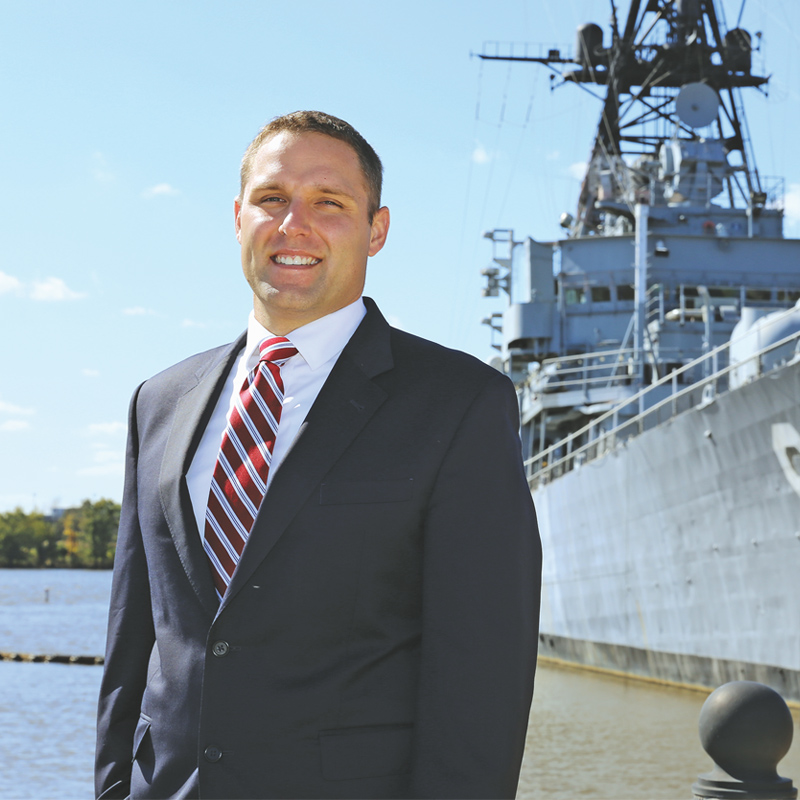 What I learned in Maryland’s master’s program is directly applied to what I do on a daily basis.

In his job as a fire protection engineer for the U.S. Naval Sea Systems Command, Steve Stumpp (M.E. ‘15) has become well versed in the basics of fire and melting temperatures—but, Stumpp says, seeing firsthand as an investigator the damage caused by a fire on a Navy ship was a “huge learning experience.”

“A fire occurred in a space with a large amount of cleaning rags that had heated so much they smoldered, then transitioned to a flaming fire. The fire melted the large I-beam and the ceiling. There were clumps of aluminum that had dripped from what used to be a beam and solidified on the floor. Textbooks and PowerPoints teach you the science and math behind fire dynamics, but nothing gives you proper perspective until you see it in person.”

Stumpp says another learning experience that made a difference in his work with the group that sets fire protection standards for U.S. Navy ships is the Clark School’s Professional Master of Engineering in Fire Protection Engineering degree program he completed in fall 2015. Having his B.S. in mechanical engineering, Stumpp says, “I had to get my master’s or a certificate in fire protection engineering. Maryland is one of the top programs in the nation, and all of my superiors and co-workers have fire protection degrees from Maryland.”

Choosing the online program because “it allowed me to balance work, life, and classes,” Stumpp was impressed with the quality of faculty. “The professors actually work in the field, they have the real life experience.”

The Clark School’s M.E. will also make a difference in his career advancement, Stumpp says. “In my line of work, having a master’s to keep moving up is critical. As the budgets get tighter, we have to explain the technology and detailed science of fires to leadership so they understand the cost versus benefit of a system or modification. What I learned in Maryland’s master’s program is directly applied to what I do on a daily basis.”