Engineering the Preservation of Cultural Heritage 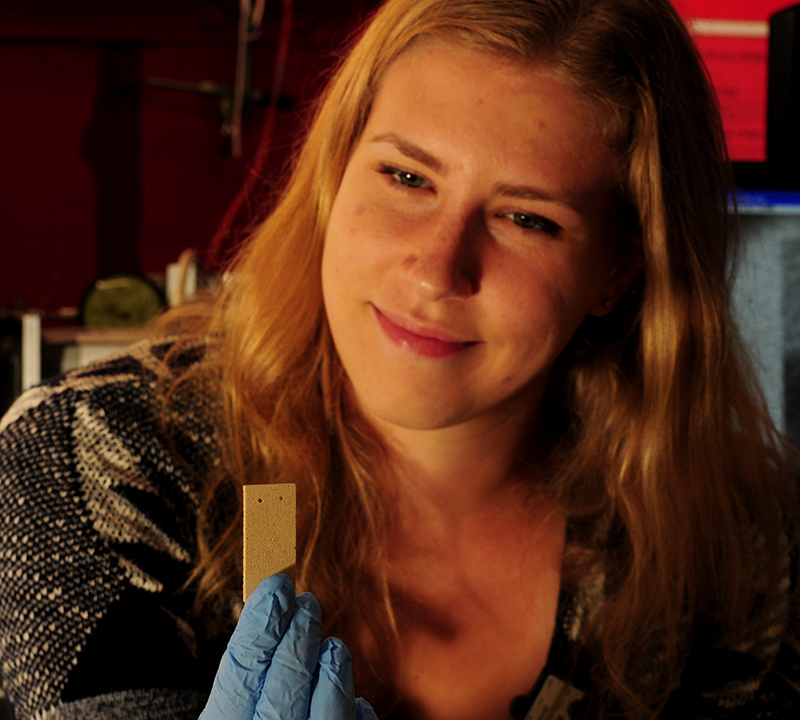 There are only 31 nuclear training and research reactors across the U.S., and only a handful are at schools.

As an undergraduate, Mimi helped a visiting archeological conservator repair her school’s resident mummy using chemical analysis. Through this newfound interest, Mimi discovered MSE Acting Chair Ray Phaneuf’s work using atomic layer deposition (ALD), which creates a thin, protective film on flat surfaces, to coat and preserve silver artifacts. She came to the Clark School specifically to enter the conservation science field, and here she is able to use the University of Maryland’s unique Radiation Facilities in her research.

A few times a week, Mimi heads to the Maryland University Training Reactor (MUTR) on campus to get to work. For her thesis project, Mimi is using nuclear radiation to learn how we can better preserve porous items such as stone and glass from water and erosion damage.

Mimi is studying limestone from Lecce, Italy; it is one of the city’s main exports because of its beauty and pliability, making it ideal for sculptures. However, the stone is extremely susceptible to crumbling, so eventually these antiquities will be lost unless they can be protected.

Because there isn’t a good way to see water inside an opaque substrate like stone, Mimi uses the neutron imaging facilities at MUTR to take pictures, much like an x-ray machine at a doctor’s office. During the ALD process, the neutrons are stopped by water and the stone becomes virtually invisible, so Mimi can see how water is moving inside the stone.

MUTR not only serves as a research facility, but also trains undergraduates and graduates to become licensed reactor operators.

“It’s a gem of the university,” says Timothy Koeth, director of the UMD Radiation Facilities. “There are only 31 nuclear training and research reactors across the U.S., and only a handful are at schools. MUTR is a very small, low-power reactor that uses an inherently safe fuel called TRIGA built for training reactors.”

As Mimi continues her research, she will move on to using the same ALD techniques in MUTR on corroded glass. She hopes to become a museum conservation scientist, and her hands-on research experience at the Clark School has set her up for success in this small but fascinating field.