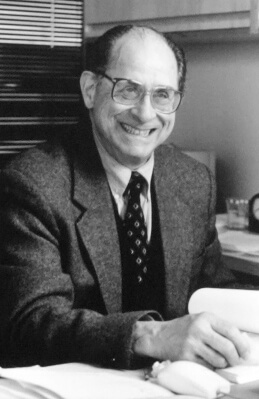 Inducted in May 1996 for pioneering work in the development of digital satellite communications technology.

In early 1967, Campanella joined the start-up of COMSAT Laboratories where he rose to the position of Vice President and Chief Scientist. A first major accomplishment was the development of the adaptive echo canceller which is now used worldwide in all modern telephone systems. He next led a team to develop the first digital speech interpolation systems which, by filling in the pauses in two-way conversation, increased the capacity of a telephone circuit by up to 2.5 times without impairing the quality of service. He pioneered development of the 120 Mbit/sec time division multiple access (TDMA) systems now extensively used on geostationary orbit satellites of the Intelsat System for non-satellite-switched and for satellite-switched multi-beam operation. He also designed the ground/space network control system for NASA’s beam hopping Advanced Communications Technology Satellite (ACTS). He next led a program to introduce digital signal processing onboard satellites to demodulate and demultiplex FDMA uplink signals, reorganize and reroute them to downbeams and then multiplex and modulate them to enhance the end-to-end link performance.

Campanella holds the 1990 IEEE Behn Award in International Communications, is a Fellow of the IEEE, and Associate Fellow of the AIAA, a member of Sigma XI and Phi Eta Sigma. He holds more than 15 patents, has authored more than 70 technical papers and has published four chapters in technical text books and encyclopedias.

Campanella passed away in 2013.