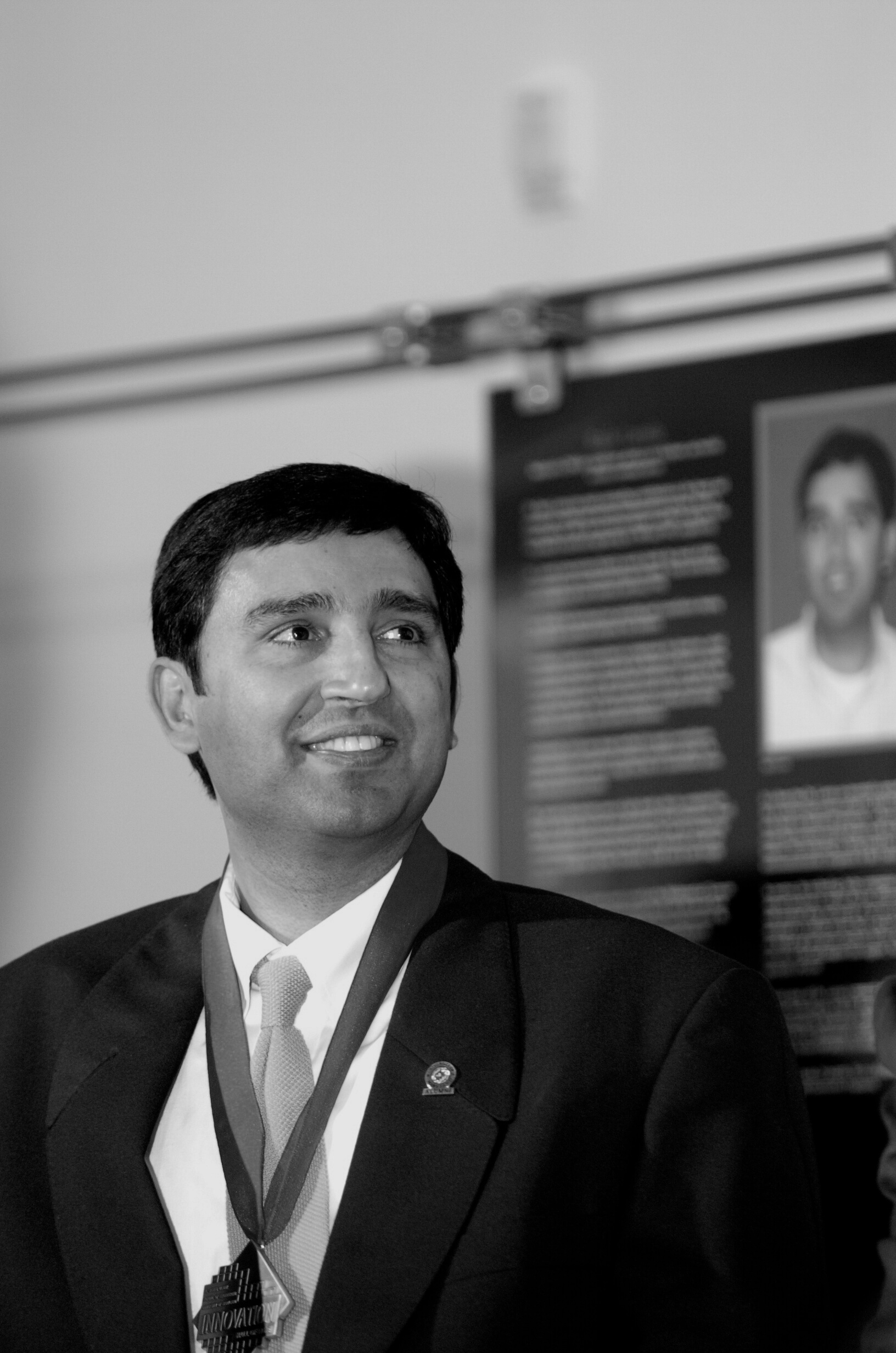 Inducted in 2006 for significant advances in telephone and mobile wireless communications.

Dr. Rajiv Laroia has made outstanding contributions to the theory and practice of wireline and wireless communications systems. Born in Pune, India, in 1962, he received his master’s and Ph.D. degrees from Maryland in electrical engineering in 1989 and 1992, respectively.

Dr. Laroia’s innovations helped to nearly double the speed of data transmission over voiceband telephone channels. These technologies are included in all such modems sold since 1998.

Dr. Laroia’s discoveries came to light shortly after he completed his Ph.D. At that time, his work was presented to Penril Datacomm. Penril and most other modem manufacturers chose Dr. Laroia’s technology recommendations over those from AT&T and Motorola. Penril has since been bought out by Bay Networks, which was in turn bought by Nortel.

After his Ph.D., Dr. Laroia went to work at the Mathematical Sciences Research Center of Lucent Technologies’ Bell Labs. His work there dealt with broadband wireless systems for data communications. He became head of Bell Labs’ Digital Communications Research Department in its Wireless Research Center in 1997.

It is there that Dr. Laroia co-invented a spread spectrum technique for a wireless data systems called FLASH-ODFM, a system unique in its basis on Internet IP protocols—a base station acts as a router that connects mobile phones with modem cards to the Internet. This technology is being tested by a number of major telecommunications companies in the United States and abroad.

In essence, the technology helps companies extend IP-based Internet functions to mobile devices, efficiently transmitting data with minimal delay and quality of service support. Dr. Laroia’s invention is a cellular system that is packet-switched—messages are broken up into pieces (packets) before they are sent. His system not only is fast and requires less support, but it is highly spectrally efficient.

Dr. Laroia holds 29 patents. He is a Fellow of the Institute of Electrical and Electronics Engineers.