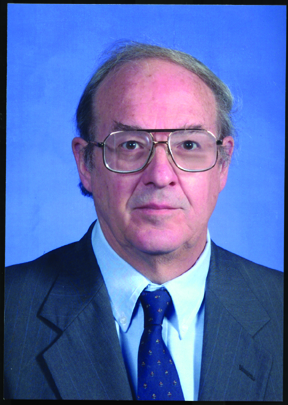 Inducted in May 2003 for significant achievements and technological contributions in polymer blends, copolymers, membranes, adhesives and engineering plastics.

Lloyd M. Robeson—scientist, engineer, inventor and mentor—has distinguished himself as one of the foremost leaders in cutting-edge polymer research leading to significant technical developments.

After receiving his doctorate in chemical engineering in 1967 from the University of Maryland, he worked for Union Carbide Corporation where he conducted extensive research with polymer blends and composites, thermoplastics and biomedical applications. Since 1986, he has worked at Air Products and Chemicals, Inc., as the principal research associate in Corporate Science and Technology.

Robeson holds nearly 100 U.S. patents for his work with polymers, and has authored and co-authored more than 90 publications including Polymer-Polymer Miscibility, which after twenty years is still the primary reference on the subject. His guiding principle is that the true work of an idea is in its practical application and the measure of its worth is the successful manufacturing and marketing of a product.

He developed an orthopedic splint material that is used for temporary and permanent casts for broken limbs, burn victims, and a host of other medical conditions, which became an industry standard. Other inventions include flame retardant impact polystyrene, an instant commercial success and the first to meet UL standards, and a polymer composite for the shoe industry developed thirty years ago, which is still commercially produced today.

In 2001, Robeson was elected to the National Academy of Engineering for significant technology contributions in polymer blends and engineering polymers. That same year, he received the A. James Clark School of Engineering Distinguished Alumnus Award for his contributions to the field of engineering and service to the University. In 2003, the American Chemical Society honored Robeson with the ACS Award in Applied Polymer Science. Robeson received his B.S. in chemical engineering from Purdue University in 1964