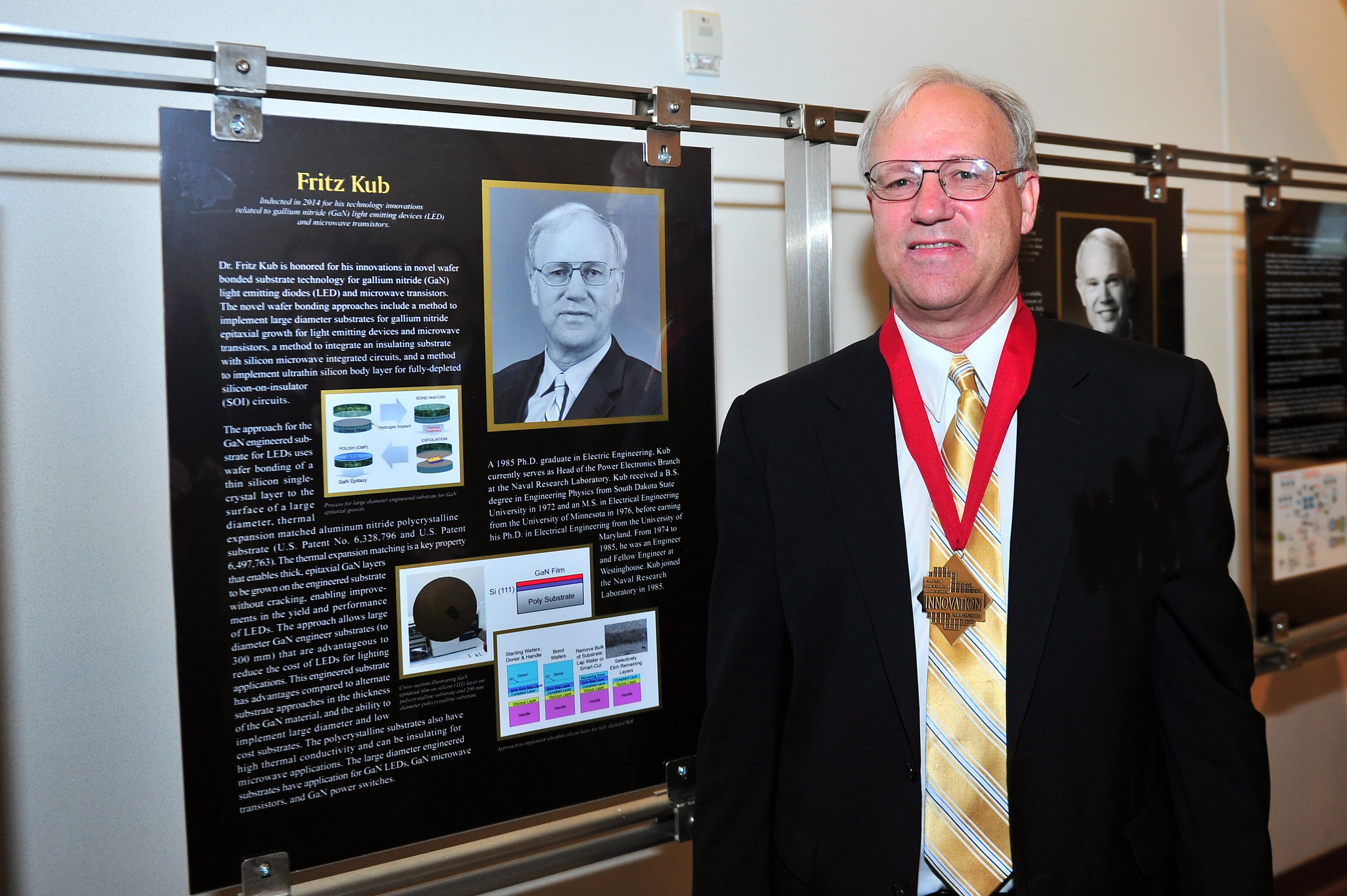 A 1985 Ph.D. graduate in Electrical Engineering, Kub currently serves as Head of the Power Electronics Branch at the Naval Research Laboratory. His thesis advisor at UMD was Professor Hung C. “Jimmy” Lin (1919-2009), a prolific inventor and university benefactor whose innovative spirit was shared by his former advisee. Lin was awarded more than 60 U.S. patents over the course of his lifetime.

The approach for the GaN engineered substrate for LEDs uses wafer bonding of a thin silicon single-crystal layer to the surface of a large diameter, thermal expansion matched aluminum nitride polycrystalline substrate. The thermal expansion matching is a key property that enables thick, epitaxial GaN layers to be grown on the engineered substrate without cracking, enabling improvements in the yield and performance of LEDs. The approach allows large diameter GaN engineer substrates (to 300 mm) that are advantageous to reduce the cost of LEDs for lighting applications.

This engineered substrate has advantages compared to alternate substrate approaches in the thickness of the GaN material, and the ability to implement large diameter and low cost substrates. The polycrystalline substrates also have high thermal conductivity and can be insulating for microwave applications. The large diameter engineered substrates have application for GaN LEDs, GaN microwave transistors, and GaN power switches.

In 2011, Kub was designated a Fellow of the Institute of Electrical and Electronics Engineers (IEEE) and received the Distinguished Engineer Award from South Dakota State University in 2010. He has received two Naval Research Laboratory Best Publication Awards and five Naval Research Laboratory Technology Transfer Awards. He was also co-author on a paper that received the Japan Society of Applied Physics 2014 Outstanding Paper Award and was co-author on a paper that received the Best Poster Paper award for 14th International Conference on Atomic Layer Deposition.