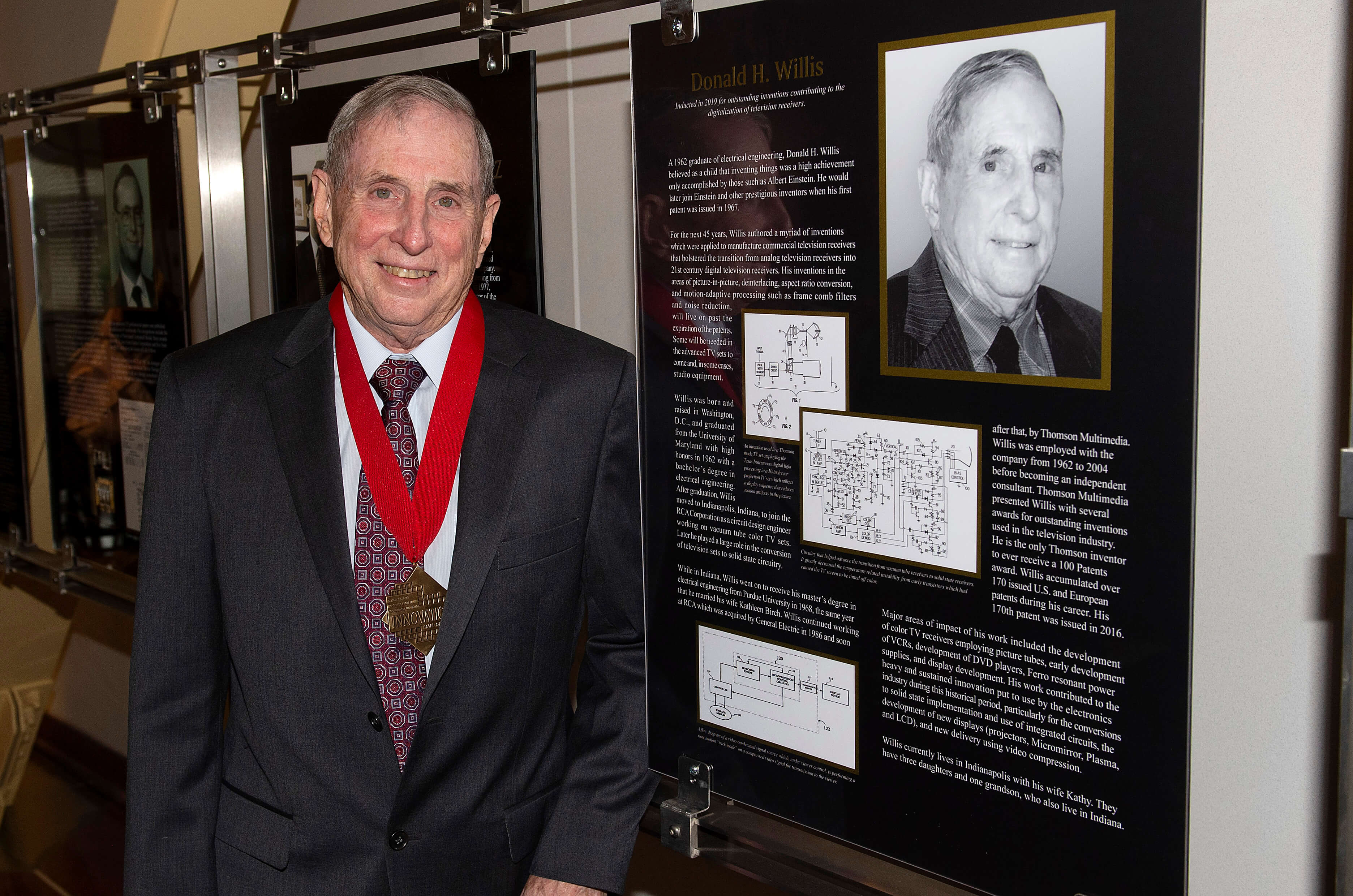 Inducted in 2019 for outstanding inventions contributing to the digitalization of television receivers.

Mr. Willis authored a myriad of inventions applied to manufacture commercial television receivers that bolstered the transition from analog television receivers into 21st-century digital television receivers. His inventions in the areas of picture-in-picture, deinterlacing, aspect ratio conversion, and motion-adaptive processing, such as frame comb filters and noise reduction, will live on past the expiration of the patents. Some will be needed in the advanced TV sets to come and, in some cases, studio equipment.

Born and raised in Washington, D.C., Willis graduated with high honors from the University of Maryland in 1962 with a bachelor’s degree in electrical engineering. After graduation, Willis moved to Indianapolis, Indiana, to join the RCA Corporation as a circuit design engineer working on vacuum tube color TV sets. Later he played a large role in the conversion of television sets to solid state circuitry.

While in Indiana, Willis went on to receive his master’s degree in electrical engineering from Purdue University in 1968, the same year that he married his wife Kathleen Birch. Willis continued working at RCA which was acquired by General Electric in 1986 and, soon after that, by Thomson Multimedia. Willis was employed with the company from 1962 to 2004 before becoming an independent consultant. Thomson Multimedia presented Willis several awards for outstanding inventions used in the Television Industry. He is the only Thomson inventor to ever receive a 100 Patents award. Willis accumulated over 170 issued U.S. and European patents during his career; his 170th patent was issued in 2016.

Major areas of impact of his work included the development of color TV receivers employing picture tubes, early development of VCRs, development of DVD players, Ferro resonant power supplies, and display development. His work contributed to the heavy and sustained innovation put to use by the electronics industry during this historical period, particularly for the conversions to solid state implementation and use of integrated circuits, and the development of new displays (projectors, Micromirror, Plasma, and LCD), and new delivery using video compression.