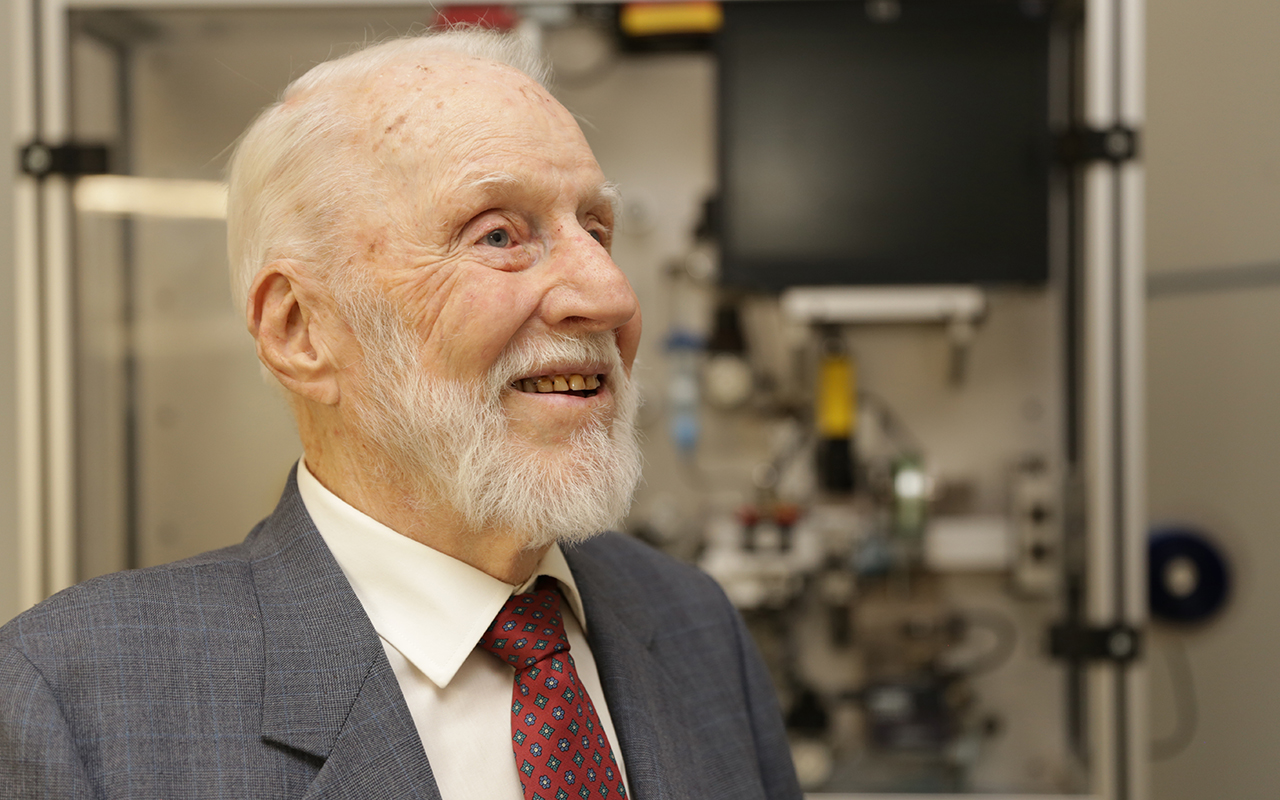 Inducted in 2018 for inventing the SmartBolt®.

A 1957 graduate of Aerospace Engineering, Charles H. (Chuck) Popenoe always enjoyed inventing things. As an intern at the National Bureau of Standards, now the National Institute of Standards and Technology (NIST), he designed and built the Solar Furnace project, which produced "clean" temperatures of 6300 degrees Fahrenheit for refractory research.

This was "fun" work for a young engineer and later influenced Popenoe's decision to pursue a career at NIST.

After graduation, Popenoe joined the Johns Hopkins University Applied Physics Laboratory, working on missile and rocket design for the US Navy. In 1962, he began a 27-year career at NIST as an experimental plasma physicist. In this capacity, he invented and developed a universal laboratory data acquisition and control system called MIDAS, which continues to be used throughout NIST and in many world laboratories. Popenoe also designed and constructed the Facility for Spectroradiometric Calibrations (FASCAL), conceived together with his colleague Dr. J.B. Shumaker. FASCAL has been in continuous operation since the 1970s for the calibration of laboratory spectral radiance sources.

Popenoe has worked on various inventions in his personal laboratory and machine shop. His most well-known and successful invention is SmartBolts®, which he invented in 1966. SmartBolts® fasteners display actual tension with a built-in indicator that changes color as the bolt is tightened or loosened. The indicator design is reusable so it provides value at installation and allows you to monitor preload for the life of the bolt.

After retirement, Mr. Popenoe founded Stress Indicators, Inc. (now known as Industrial Indicators and run by his son Charles H. Popenoe III) to sell his SmartBolts®. He developed and marketed a manufacturable model called the DTI SmartBolt, which was adopted by General Electric for use in its electrical distribution product line. GE’s ongoing use led to the commercial success of the product and growth of the company. The DTI SmartBolt displays actual fastener tension with a red to black scale. If the bolt is loose, the indicator is red, and when the bolt has proper preload, it is black. Today, hundreds of thousands of DTI SmartBolts® are being used by many of the world’s leading companies.