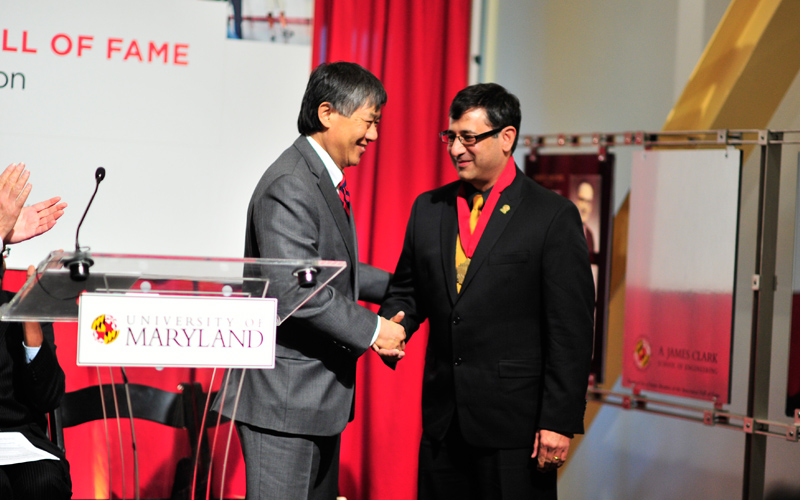 Inducted in 2012 for pioneering innovations in the aerodynamic design of rotocraft blades.

Dr. Ashish Bagai helped design and build the Sikorsky X2 Technology™ (X2) demonstrator aircraft—a coaxial-rotor, compound helicopter that flew 100 mph faster than current production models. Technologies from the X2 will change the way helicopters operate, delivering higher speeds and radically improved performance in medical, search and rescue and military applications while maintaining the efficient hovering and low-speed attributes of conventional rotary-wing aircraft. The X2 earned Bagai and his team at Sikorsky Aircraft Corporation the prestigious Robert J. Collier Trophy in 2011—one of aviation’s highest honors. Bagai was responsible for the aerodynamic design of the aircraft’s main rotor blades, a key element in its success.

In September 2010, the X2 flew at a speed of 290 mph (252 knots) in level flight, an unofficial helicopter speed record, and 300 mph in a shallow dive. Achieving high speed, while maintaining or improving capabilities such as high-altitude flight and maneuverability, was the key objective for the aircraft.

The design of the X2 differs from helicopters that use single rotors or articulated coaxial or intermeshing rotors. As an “advancing blade concept” design, the X2 does not require the retreating blades to produce lift at high speeds. Instead, the advancing-side blades of the rigid rotor system balance each other. While conventional helicopters generate propulsive thrust via the forward tilt of the rotor tip-path-plane, the X2 uses a six-blade pusher propeller for propulsion. To do this efficiently, and minimize drag and power losses, the Sikorsky team designed a fundamentally new rotor blade that enables high-speed flight from a single-engine aircraft.

Characteristics of Bagai’s novel rotor design include a non-uniform planform, positive and negative twist gradients, and a complex distribution of modern airfoils along the span of the blades—a radical deviation from the prior state-of-the-art. Bagai holds two patents on the design of the X2’s main rotor blades.

Born in Pune, India, Bagai grew up in Mumbai and New Delhi. In 1987 he came to the United States, where he obtained his bachelor’s, master’s and doctoral degrees (’90, ’92, ’95) at the Clark School’s Department of Aerospace Engineering and worked in the department’s Alfred Gessow Rotorcraft Center. He cites as a primary mentor his advisor, internationally recognized rotorcraft aerodynamics expert and Minta Martin Professor of Engineering J. Gordon Leishman, plus Professors Alfred Gessow, James Baeder, Roberto Celi and Inderjit Chopra. He started his career as an aerodynamicist, spending a year at Boeing and then thirteen years at Sikorsky, most recently as principal engineer in Aerodynamics and Systems Engineering. He joined the Defense Advanced Research Projects Agency in 2012.