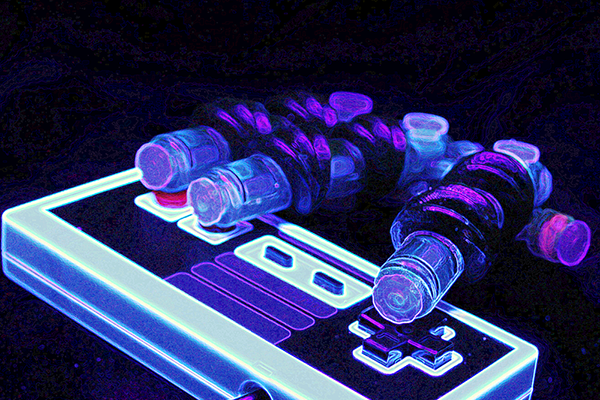 A team of researchers from the University of Maryland has 3D printed a soft robotic hand that is agile enough to play Nintendo’s Super Mario Bros.—and win!

The feat, highlighted on the front cover of the latest issue of Science Advances, demonstrates a promising innovation in the field of “soft robotics”, which centers on creating new types of flexible, inflatable robots that are powered using water or air rather than electricity.  Soft robots’ inherent safety and adaptability has sparked interest in their use for applications like prosthetics and biomedical devices.  Unfortunately, controlling the fluids that make these soft robots bend and move has been especially difficult—until now.

The key breakthrough by the team, led by University of Maryland assistant professor of mechanical engineering Ryan D. Sochol, was the ability to 3D print fully assembled soft robots with “integrated fluidic circuits” in a single step.

“Previously, each finger of a soft robotic hand would typically need its own control line, which can limit portability and usefulness,” explains co-first author Joshua Hubbard, who performed the research during his time as an undergraduate researcher in Sochol’s Bioinspired Advanced Manufacturing (BAM) Laboratory at UMD. “But by 3D printing the soft robotic hand with our integrated ‘fluidic transistors’, it can play Nintendo based on just one pressure input.”

As a demonstration, the team designed an integrated fluidic circuit that allowed the hand to operate in response to the strength of a single control pressure.  For example, applying a low pressure caused only the first finger to press the Nintendo controller to make Mario walk, while a high pressure led to Mario jumping.  Guided by a set program that autonomously switched between off, low, medium, and high pressures, the robotic hand was able to press the buttons on the controller to successfully complete the first level of Super Mario Bros. in less than 90 seconds.

“Recently, several groups have tried to harness fluidic circuits to enhance the autonomy of soft robots,” said recent Ph.D. graduate and co-first author of the study, Dr. Ruben Acevedo, “but the methods for building and integrating those fluidic circuits with the robots can take days to weeks, with a high degree of manual labor and technical skill.”

To overcome these barriers, the team turned to “PolyJet 3D Printing”, which is like using a color printer, but with many layers of multi-material ‘inks’ stacked on top of one another in 3D.

“Within the span of one day and with minor labor, researchers can now go from pressing ‘start’ on a 3D printer to having complete soft robots—including all of the soft actuators, fluidic circuit elements, and body features—ready to use,” said study co-author, Kristen Edwards.

The choice to validate their strategy by beating the first level of Super Mario Bros. in real time was motivated by science just as much as it was by fun.  Because the video game’s timing and level make-up are established, and just a single mistake can lead to an immediate game over, playing Mario provided a new means for evaluating soft robot performance that is uniquely challenging in a manner not typically tackled in the field. 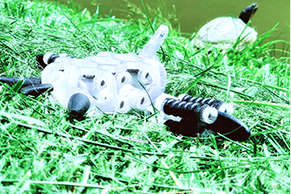 In addition to the Nintendo-playing robotic hand, Sochol’s team also reported terrapin turtle-inspired soft robots in their paper.  The terrapin happens to be UMD’s official mascot, and all of the team’s soft robots were printed at UMD’s Terrapin Works 3D Printing Hub.

Another important benefit of the team’s strategy is that it’s “open source”, with the paper open access for anyone to read as well as a link in the supplementary materials to a GitHub with all of the electronic design files from their work.

“We are freely sharing all of our design files so that anyone can readily download, modify on demand, and 3D print—whether with their own printer or through a printing service like us—all of the soft robots and fluidic circuit elements from our work,” said Sochol.  “It is our hope that this open-source 3D printing strategy will broaden accessibility, dissemination, reproducibility, and adoption of soft robots with integrated fluidic circuits and, in turn, accelerate advancement in the field.”

The team's accomplisments have garnered national media coverage, including a feature story in Scientific American. which noted that one-step production—of the kind pioneered at UMD—would "make it easier for researchers to develop increasingly complex soft robots."

At present, the team is exploring the use of their technique for biomedical applications including rehabilitation devices, surgical tools, and customizable prosthetics.  As Sochol is a faculty affiliate of the Fischell Department of Bioengineering as well as a member of both the Maryland Robotics Center and the Robert E. Fischell Institute for Biomedical Devices, the team has an exceptional environment to continue advancing their strategy to address pressing challenges in biomedical fields.

This research was supported in part by the Center for Engineering Concepts Development and U.S. NSF Award 1943356. 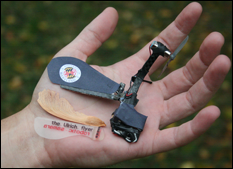