When Secretary of Energy Steven Chu announced that the University of Maryland's WaterShed solar house had placed second in the final component of the Department of Energy's ten-part Solar Decathlon--the market appeal contest--everyone cheering in the main tent in West Potomac Park, Washington, D.C., knew that taking first place overall was all but assured for Maryland.

That's exactly how it played out: third place for New Zealand, second for Purdue University, and first place for Maryland in a competition involving twenty teams from all over the U.S. and the world.  The elated Maryland team received the big silver trophy, which team members passed from person to person, citing the contributions made by each.  Celebrations continued when the team returned to WaterShed, the 800 square foot solar home they had designed and built over the preceding two years to reach this moment.  (Sunday, October 2, is the last day on which the public can tour the houses. To learn all about the decathlon and the Maryland WaterShed house, see solardecathlon.gov and 2011.solarteam.org)

Led by Professor Amy Gardner, team advisor from the School of Architecture, Planning and Preservation, and Associate Professor Keith Herold, team advisor from the Clark School (Fischell Department of Bioengineering), the team comprised some 200 students, faculty members and staff members from all over campus--not only architecture and engineering but agriculture and natural resources, computer, mathematical and computer sciences, libraries, center for smart growth and center for use of sustainable practices, and numerous others.  In addition, the team was supported by mentors representing architecture, construction, interior design, electrical power, media and communications, HVAC, controls, and other disciplines.  Finally, key support was provided by external sponsors including Constellation Energy, Whiting-Turner Contracting Company, Clark Construction, and Maryland Custom Home Builders, Inc. (For a complete sponsors listing, see 2011.solarteam.org/sponsors.)

Clark School Dean Darryll Pines congratulated Gardner and Herold, who "put their heart and souls into this project on behalf of our colleges and the University of Maryland. Keith worked non-stop ensuring that we met all of our efficiency goals, including achieving net zero off the grid yesterday to tie for first in the energy balance category."  Pines concluded, "Our students were unbelievable.  They had to deal with all the challenges of an enormous engineering project and seven days of cloudy and wet weather during the competition. As I always say, our students are the best, bar none--and they really rise to the top in fierce competition like the Solar Decathlon!" 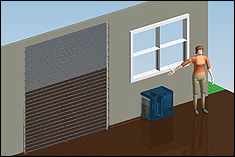 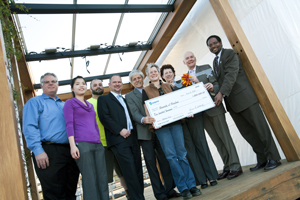 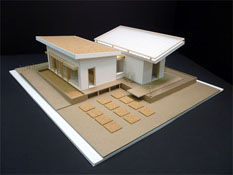 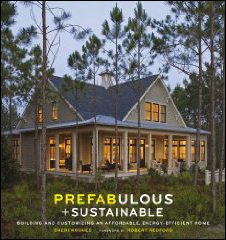 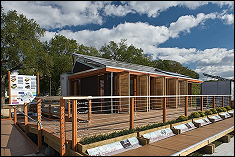