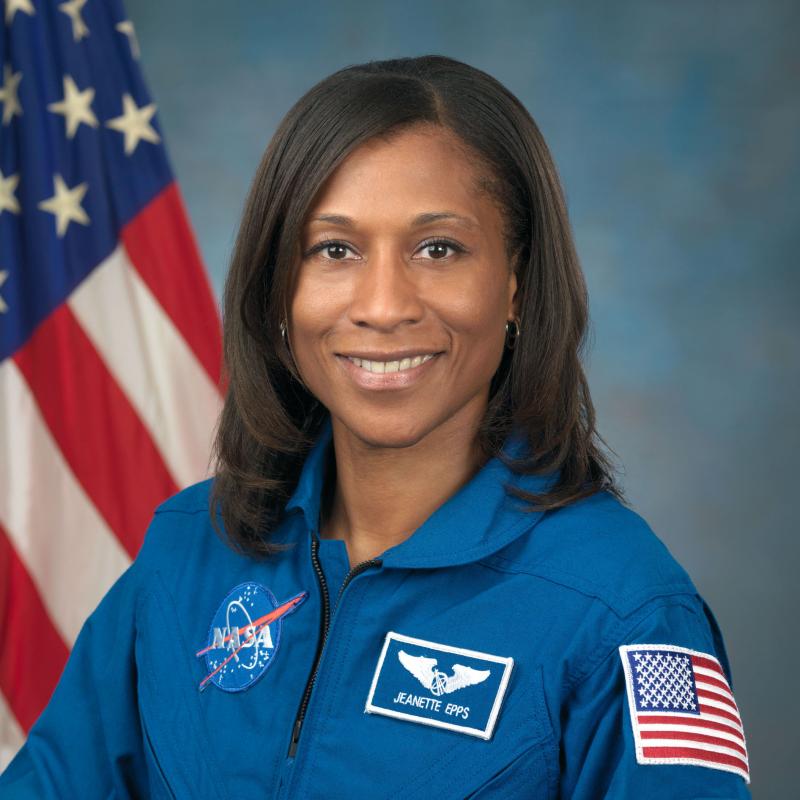 In order to succeed you have to do well and perform well. Don't do less and accept less. Put in the time and complete the task. You want to be a contributing member to every group that you are part of.

Degree(s) at Other Institutions:

Dr. Jeanette Epps will make history as the first Black woman astronaut to visit the International Space Station (ISS). She will be responsible for supporting research efforts during the mission and completing onboard maintenance for the Space Station. She is UMD's first Ph.D. graduate in Aerospace Engineering to become a NASA astronaut. During her time at UMD she authored many journal and conference articles. She researched involved extensive testing of composite swept-tip beams, comparative analysis of analytical models and experimental data for shape memory alloys, and the application of shape memory alloy actuators for tracking helicopter rotor blades.

Before becoming an Astronaut she worked at Ford Motor Company's Scientific Research Laboratory where she co-authored several patents. She then joined the Central Intelligence Agency (CIA) as a technical intelligence officer before being selected by NASA as a member of the 2009 astronaut class. Dr. Epps has been received many awards and honors such as the NASA GSRP Fellowship 1996-1997, 1997 1998 and 1998-1999; Exceptional Performance Award 2003, 2004 and 2008. She's been inducted into the UMD's Academy of Distinguished Alumni 2012 from the Department of Aerospace Engineering. Awarded the Johnson Space Center Director’s Innovation Group Achievement Award to Improving Efficiency on the ISS Team 2013, Recipient of the Glenn L. Martin Medal from the A. James Clark School of Engineering, University of Maryland, 2014. In 2016, she was awarded an honorary Doctorate of Humane Letters from LeMoyne College.