The A. James Clark School of Engineering inducted Professor John S. Baras (ECE/ISR) into its Innovation Hall of Fame in a ceremony on Oct. 24. Baras created algorithms and protocols by which Internet services can be delivered over satellite, beginning [1–4] with the introduction and demonstration (Fig. 1) of the first working broadband Internet over satellite protocol in 1994. When the new Internet over satellite technology was introduced in 1994, it was much faster than the fastest available broadband for consumers: 480 kbps vs. 96 kbps terrestrial. 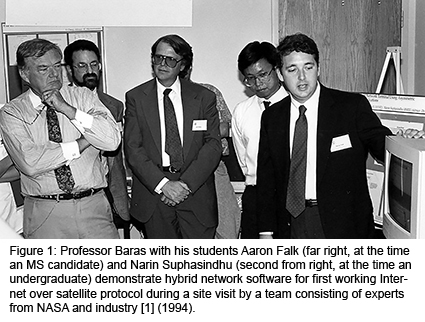 Baras’ research was performed under the Center for Satellite and Hybrid Communication Networks (CSHCN), which Baras co-founded with his colleague Anthony Ephremides in 1992. CSHCN (now HyNet—the Maryland Hybrid Networks Center) began as a NASA Center for the Commercial Development of Space, with the vision that the success and long-term viability of the communications satellite industry would require efficient integration of satellite technology into terrestrial networks, resulting in hybrid networks (integrated interoperable satellite and terrestrial networks (Fig. 2). 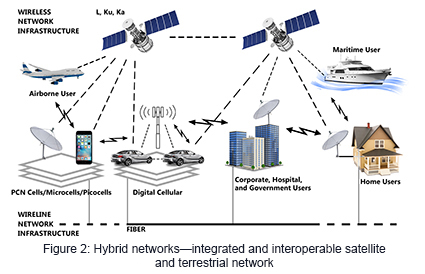 Since he foresaw the explosion in Internet use over communication networks of all types, Baras focused his CSHCN (and later HyNet) work on the key challenge of developing broadband Internet over hybrid networks. John Baras’ specific initial solution [1–4] emerged from the framework of his joint work with Anthony Ephremides and their students, which was recognized by an Outstanding Invention of the Year Award from the Office of Technology Liaison of the University of Maryland in 1994 [5]. The specific initial Internet over satellite protocol, developed by Baras, consisted of a request for Internet service sent using a telephone connection to a satellite gateway with the response coming from the satellite directly to the home or office using the new protocol (Fig. 3). Baras’ initial innovation [1–4] involved (Fig. 4): (i) “splitting the connection”; (ii) “address spoofing”; and (iii) “selective acknowledgment.” Combined, these three elements informed the TCP protocol that the delay in receiving an acknowledgment of a request back at the receiver was actually due to the satellite physical path delay and not due to congestion (which the TCP protocol is designed to assume). 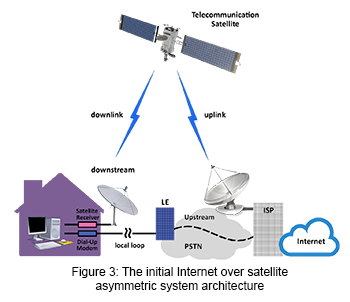 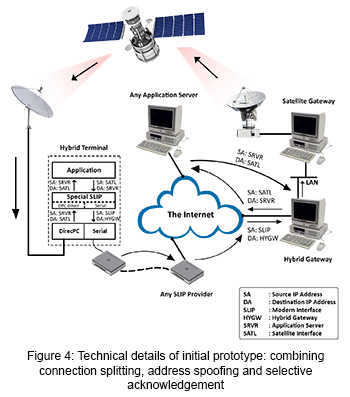 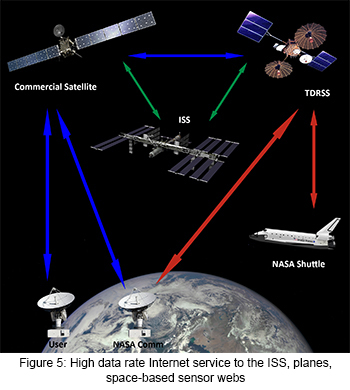 Several important innovations were developed and patents were granted over the years (the most recent in 2013), targeting such issues as: fast Internet service to broadband wireless LANs connected to a satellite via their hubs; efficient Internet multicasting schemes over hybrid networks; efficient and adaptive hybrid (multicast and unicast) data delivery systems; secure and scalable two-way broadband satellite Internet services; provision of mobile wireless telephone services to rural and underdeveloped areas; acceleration schemes for broadband two-way satellite Internet services; Layered Encryption Security (LES) resulting in the Layered IPSEC International Standard; new lightweight symmetric-key digital certificates (extended TESLA certificates) and a source authentication protocol for group communication in hybrid wireless-satellite networks (much less expensive in terms of processing power and energy of the smart devices, compared to digital signatures); innovations on security of satellite Internet services; and extensions to space communications, including Internet service to planes, to the International Space Station (ISS) (Fig. 5) and communications between Earth and expedition teams on the moon.

Baras’ many contributions and innovations made possible widespread and inexpensive Internet connectivity via satellite and other broadband wireless networks, at high data rates reaching tens and hundreds of Mbps. They were essential to the creation of the industry sector for Internet services over satellite, serving consumers, businesses, ships and aircraft, remote oil rigs, military networks, and facilitating Internet connectivity to rural and underdeveloped areas, telemedicine services, environmental information, and emergency and disaster relief. Today many companies provide such services and products, including iDirect, ViaSat, Gilat, News Data Service Corporation, Astra, Eutelsat, and Bentley Walker, with billions of dollars in sales, tens of millions of users and broad societal impact. Recently, satellite-based broadband Internet to planes has received much attention from airlines and the FCC, with the deployment of in-flight satellite-based Internet service (starting with Boeing Connexion in 2001–2002).

John Kenyon, Senior Vice President Hughes Network Systems said, “He and his students developed, implemented and tested the first ever broadband Internet over satellite protocol.  It was this initial solution that was commercialized in collaboration with Hughes Network Systems engineers into the award winning products Turbo Internet and DirecPC -- the first commercial satellite broadband service in the world.  Subsequently, they collaborated with Hughes Network Systems engineers to develop two-way Internet over satellite protocols for the DirecWay satellite broadband service.  This foundational work along with many innovations in VSAT technology by HNS and others became part of what is now a multibillion dollar industry serving tens of millions of users, with applications still increasing today in many sectors, such as consumers, businesses, ships, aircraft, remote oil rigs, healthcare, defense, and disaster relief.”

Baras involved many graduate and undergraduate students in this research over the years. He graduated 22 M.S. and 11 Ph.D. students whose work was focused on the theme of Internet over satellite, all of whom joined the industry upon graduation.

John Baras holds the Lockheed Martin Chair in Systems Engineering, was the founding director of the Institute for Systems Research and the co-founding director along with Ephremides of the Maryland Hybrid Networks (HyNet) Center. Baras is a Foreign Member of the Royal Swedish Academy of Engineering Sciences, and a Fellow of IEEE, SIAM, AAAS, NAI and IFAC. 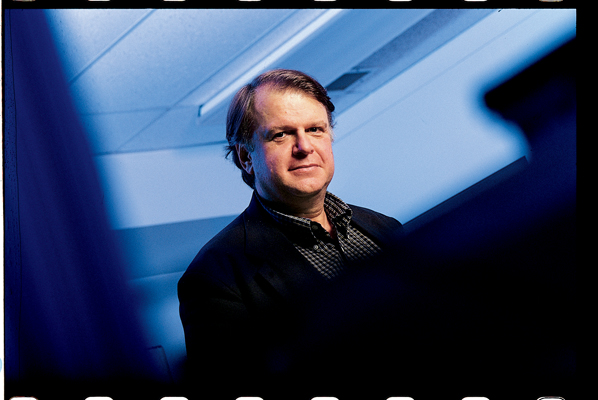