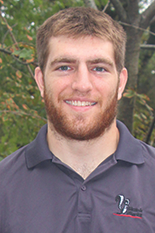 Barkley is a first year master’s student studying in the Collective Dynamics and Control Laboratory under the advisement of Willis H. Young Jr. Associate Professor of Aerospace Engineering Education Derek Paley. The title of his thesis work is “Cooperative Search and Tracking of Multiple Mobile Targets on Partially Occluded Road Networks Using Fixed Wing UAVs.” The purpose is to investigate the use of cooperative algorithms to balance finding new targets with tracking known targets in environments with highly variable visibility.

He completed his undergraduate career in 2015, receiving degrees in Aerospace Engineering from the University of Maryland and Engineering Physics from Elon University. His interests include adaptive control, system identification and simulation. 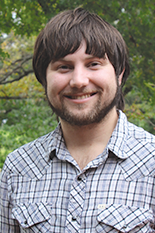 Hersey, originally from Connecticut, completed his B.S. at Maryland in 2012. During his undergraduate years, he was part of the Inventis Engineering Leadership group in which he mentored underprivileged children in local Prince George's County who were interested in engineering. Ultimately, he competed with them in Baltimore’s Kinetic Sculpture Race. He also worked on Team Gamera, the human-powered helicopter project, which sparked his interest in rotorcraft.

Hersey is now a graduate research assistant under the advisement of Professor Roberto Celi, and he will be obtaining his master’s degree this December. From there he aims to continue on to his Ph.D. His research includes the optimization and study of the advanced rotorcraft configurations for the Future Vertical Lift and Joint Multi-Role military helicopter programs. Currently, his research focuses on the extraction of linear dynamic inflow models from Free-vortex wakes models so that the controllability of these advanced configurations can be assessed.

The L-3 Scholarship not only provides for a generous stipend, but also opportunities for recipients to engage with experts from L-3 who are working in their field.