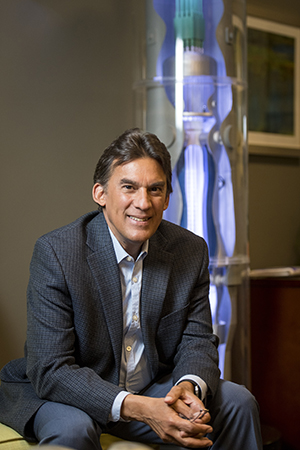 For close to twenty years, Reyes and colleagues have been working to develop the concept of small modular reactors (SMR) that would provide the environmental benefits of nuclear power, minus the cost and safety concerns that have plagued larger plants. A consortium of western-state utilities has signed onto the project, with the aim of reducing carbon emissions by incorporating SMRs and renewables into the grid.

In August, NuScale became the first company to secure U.S. Nuclear Regulatory Commission (NRC) approval for an SMR design. The company, backed by an investment from the Fluor Corporation and more than $242 million in grants from the U.S. Department of Energy, is on track to build a planned reactor at Idaho National Laboratory that will come online in 2029. Meanwhile, the company is moving ahead with production of individual units that can produce up to 50 tons of hydrogen per day, with potential applications for the fuel cell industry, including fuel cell-powered transportation.

It’s been a marathon-sized journey for Reyes, a National Academy of Engineering (NAE) member who had already built a distinguished career in academia before embarking on the entrepreneurial path.

And it all started, he says, with the education he received while a graduate student at UMD, where his mentors included mechanical engineering professor Mohammad Modarres, who directs the Center for Risk and Reliability. 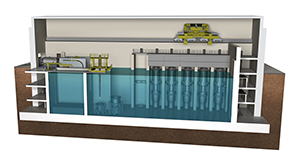 “My experience at UMD was key because that’s where I got my foundation,” Reyes said. “In addition to the world-class faculty that were training me, there was also the fact that UMD has affiliations with many federal research institutions. Having a strong research community in the surrounding area makes a difference.”

It was also at UMD that Reyes made his first foray into pedagogy, having been invited to teach a class on nuclear reactor systems. He would ultimately go on to a 30-year career at Oregon State University, where he is now professor emeritus.

His interest in SMRs, he says, stems from a recognition that they could be readily plugged into the current energy infrastructure, replacing outdated, emissions-heavy fossil fuels.

“Our design is specifically made to replace coal-fired plants. It’s relatively small, we can repurpose the transmission and the water supply, and it can fit on the same footprint. Moreover, we can retrain workers from coal-fired plants to work at NuScale,” he said.

A feature of the design is the ability to continue operating even in the event of a power outage. That, he says, could be a potentially life-saving benefit to communities in the event of extreme weather that knocks out power for a sustained period.

“If you think back to Puerto Rico in the aftermath of Hurricane Maria, you can see why this is so important,” Reyes said. “When you lose power, you don’t just have the lights go off. You lose your drinking water supply, since power to the water supply stations is offline . You lose refrigeration, not only for food, but for medicines such as insulin.”

Reyes presented an overview of SMRs during an Mpact lecture at UMD in November 2019, titled “An Innovative Energy Solution for a Carbon Constrained World.”

To the future engineers and entrepreneurs now earning their degrees at the A. James Clark School of Engineering, he has this advice: don’t take shortcuts. Success in any field requires the confidence that can only come with a strong foundation.

According to Reyes—who has spent countless hours detailing his projects to investors, public officials, and other stakeholders—good communication skills are also a must. “You can have the best idea in the world, but if you can’t communicate well, it just gets lost in the noise,” he said.