Earlier this year, Clark School aerospace engineering student Michael Williams was one of the first responders to a fatal accident that occurred during the test firing of a tank at Aberdeen Proving Ground in Maryland. Williams was a student employee and a member of the test team.

Williams entered an area with unexploded ordnance, rendered first aid to the injured and helped to move them to an area where emergency response personnel could attend to them more safely.

"Despite his young age and lack of experience, Mike responded like a seasoned veteran with actions that can only be termed 'heroic'," wrote U.S. Army Col. Jeffrey Holt and Technical Director John Wallace in a letter commending Williams's actions. "The actions of Mr. Michael Williams... are a credit to himself, the U.S. Army and the University of Maryland."

Williams is a student employee with the Opposing Forces Technical Unit, Aviation and Foreign Systems Division of the Warfighter Directorate at the U.S. Army Aberdeen Test Center. 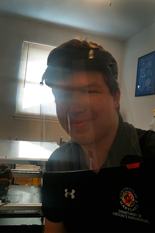 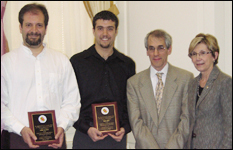