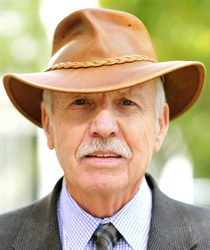 His areas of research interest are in experimental mechanics and fracture mechanics - primarily from a dynamic aspect. He has published approximately 220 articles describing the results of his research in dynamic fracture and crack arrest including approximately 50 reports to the sponsors of his research. His research has been sponsored by NSF, AFOSR, ONR, NRC, DOE, NSWC, ARL, Oak Ridge National Labs, Los Alamos National Labs, and the US Bureau of Mines.

This year, the Clark School honors 70 undergraduates who exemplify the college’s commitment to excellence; five are recognized with Dean’s Awards.

UMD President-Designate Darryll Pines inspires a culture of excellence at the Clark School, where everyone plays a part.

Sixty-nine Clark School students were acknowledged for their contributions and accomplishments.

New Class Inducted into Order of the Engineer

Clark School students make a commitment to integrity and responsibility in the engineering profession.

Six professors have been named to the Clark School's new Keystone program.

Kim Building to be Featured at Conference

The Kim Building will be featured at an academic sciences building conference next week.