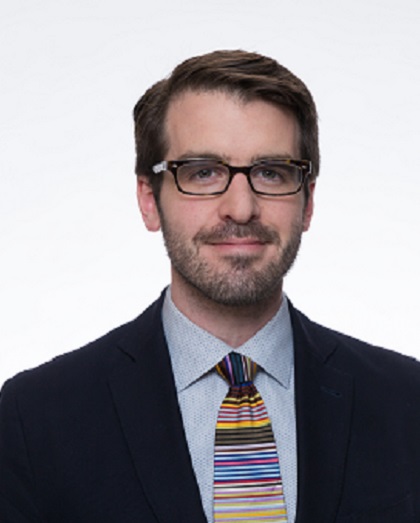 Professor W. Ethan Eagle is a Lecturer at the University of Maryland in College Park, MD.  His motto for engineers is "We build the change you want to see in the world." Professor Eagle has expertise in state-of-the-art optical, laser, and emissions diagnostics spanning a variety of powerplant sizes, fuel choices, and architectures, and has led investigations into the fundamental understanding of turbulence-chemistry interaction (TCI) that enable power systems to be maximally efficient. Since joining UMD, Dr. Eagle has been a curriculum developer for and part of the professional learning community of Engineering for Us All, e4usa.umd.edu. Additionally, he leads inquiry into the ethics of all such work that enables societal growth and is a published author on the topics of engineering activism and engineering ethics in the journals of Engineering, Social Justice and Peace, and Science and Engineering Ethics. Dr. Eagle is also an advocate and ally for diversity and inclusion and advocate for its positive impact on innovative thinking and design. He has been an invited speaker on these topics at Universities, US National and International Research Labs, and most recently by a committee of the US National Academies of Engineering, Science, and Medicine investigating the productive overlap between disciplinary thinking in the sciences and humanities. Report summary here[pdf]. Previously Dr. Eagle was appointed as a tenure track professor at Wayne State University in Detroit, MI and also performed research as a post-doctoral fellow at Sandia National Labs Combustion Research Facility in Livermore, CA. His PhD in Aerospace Engineering is from the University of Michigan. He is also currently an innovation consultant, coach, and professor of practice at the Innovatrium Institute for Innovation, LLC based in Ann Arbor Michigan and teaches an online course "Leading Innovation" each fall, and an on-demand learning system, the Certified Professional Innovator program.

Dr. Eagle is a curriculum developer of the NSF funded project "Engineering for Us All" being led by the Clark School Dean Darryl Pines. For more information on E4USA see https://e4usa.umd.edu

He also offers research-based, hands-on workshops and coaching on creating and managing innovation based on the Competing Values and Innovation Genome models.  https://alumni.umd.edu/innovation20

Introduction to Diversity and Inclusion (ENES213)

Christopher T. Jones (Ph.D. '97) and Rajiv Laroia (M.S. '89, Ph.D. '92) have been elected to the 2021 Class of the National Academy of Engineering, one of the highest professional recognitions in an engineer's career.

The 16 semifinalist teams include university faculty, students, and young alumni.

Clark School board member Linda Gooden and Mark Anstey, president of a TAP start-up company, were honored by the Tech Council of Maryland as Executive of the Year and Entrepreneur of the Year, respectively.